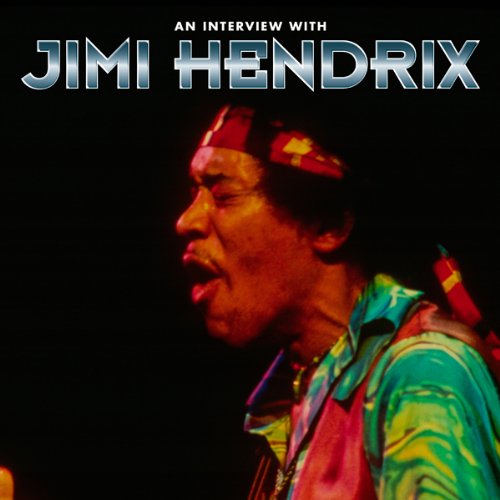 One of the final interviews in the life of electric guitar-playing legend Jimi Hendrix serves as the foundation for this Rockview audiobiography.

In September 1970, members of the Jimi Hendrix Experience - Hendrix, bassist Noel Redding, and drummer Mitch Mitchell - spoke with Otto Schulz at the height of their fame and prior to their concert in West Berlin. The intimate discussion includes insights into the bandmates relationship with each other, as well as Hendrix’s music, inspirations, family, and his feelings about drugs.

This exclusive and unique audiobiography features Jimi Hendrix together with Mitch Mitchell and Noel Redding at their last concert by the Jimi Hendrix Experience in Cologne, Germany. A month later Jimi would appear at Woodstock with his Gypsy Sun and Rainbows Band. The Experience was a major attraction by this time and in the same constellation as other artists at the Festival, including Johnny Winter, Joe Cocker, Creedence Clearwater Revival, Frank Zappa, and Tim Buckley.

Jimi is considered to be the greatest electric guitarist in the history of rock music and one of the most important and influential musicians of his era. In the early '60s Jimi, who was an Elvis fan, played and recorded with artists such as The Isley Brothers, The Walker Brothers, and Little Richard. Jimmy said, "I want to do with my guitar what Little Richard does with his voice." With initial success in Europe he achieved fame in the United States following his 1967 performance at the Monterey Pop Festival. Later Jimi headlined the iconic 1969 Woodstock Festival, and in 1970 the Isle of Wight Festival.

This rare recording is most likely one of 27-year-old Jimi's last interviews, given several months before his tragic and untimely death in September 1970 in London. Jimi talks about his music, humour, how he reaches the fans, the drugs, how he enjoys classical music, and his greatest wish of spending more time with his parents and family.

This is not a music release by the artist or record company and sound quality may vary. We hear the real Hendrix, totally at ease and enjoying his success. Fans, critics, and music historians cannot afford to miss this classic and revealing audiobiog of this rock legend.

What listeners say about Jimi Hendrix