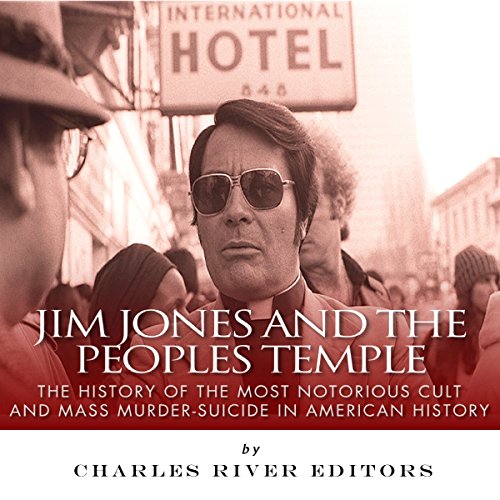 Jim Jones and the Peoples Temple

The History of the Most Notorious Cult and Mass Murder-Suicide in American History
By: Charles River Editors
Narrated by: Mark Norman
Length: 1 hr and 49 mins
Categories: Biographies & Memoirs, Criminals
1 out of 5 stars 1.0 (1 rating)

Jim Jones and the Peoples Temple

The United States has never had a shortage of cults based on religious teachings and charismatic leaders, but perhaps none are as infamous as Jim Jones and the Peoples Temple, which remain notorious for the mass murder-suicide event in Jonestown, Guyana, on November 18, 1978, during which nearly 900 people drank cyanide-laced Flavor Aid, including nearly 300 children. To this day, "drinking the Kool-Aid" is a popular phrase in America to refer to people who blindly follow a person or idea without thought, and the event at Jonestown was the deadliest deliberate act involving Americans in history until the 9/11 attacks. In addition to those deaths, Peoples Temple members also murdered a handful of others on the same day, including journalists, a member trying to leave Jonestown, and Congressman Leo Ryan. Almost from birth, Jones believed he had a higher calling, and after being immersed in various Christian churches and both political and religious doctrine, Jones founded the Peoples Temple in Indianapolis in 1955, when he was still in his mid-20s. While that might have been an unusual course in life for most Americans, Jones was hardly the first to take such a path, and indeed, his group expanded at a remarkable pace in the 1960s, which included a move to California after Jones claimed to foresee a nuclear attack on Chicago and the destruction of Indianapolis. By the 1970s, services at the group's Temple attracted thousands of visitors, even as Jones increasingly criticized Christianity and the Bible.

I selected this quick synopsis of Jim Jones and the Peoples Temple to get a general idea about this cult. The information was ok but the presentation and reading of the material were not. I had difficulty following the reader as his voice was very slow and honestly quite boring. I would not recommend this book.