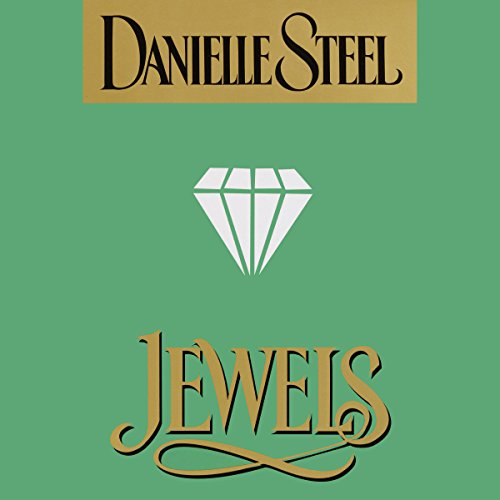 By: Danielle Steel
Narrated by: Tim Curry
Try for £0.00

On Sarah Whitfield's 75 birthday, memories take her back to New York in the 1930s. To a marriage that ends after a year, leaving Sarah shattered. A trip to Europe with her parents does little to raise her spirits, until she meets William, Duke of Whitfield. In time, despite her qualms, William insists on giving up his distant right to the British throne to make Sarah his duchess and his wife.

On their honeymoon, the newlyweds buy an old French château, but not long after, the war begins. William joins the allied forces, leaving Sarah; their first child, an infant; and their second child on the way, in France. After the Nazi forces take over the château, Sarah continues to survive the terror and deprivation of the Occupation, unwavering in her belief that her missing-in-action husband is still alive.

After the war, as a gesture of goodwill, the Whitfields start buying jewels offered for sale by impoverished war survivors. With Sarah's style and keen eye, the collection becomes the prestigious Whitfield's jewelry store in Paris. Eventually, their jewelry business expands to London and Rome, as their family grows. Phillip, their firstborn, is stubborn and proud; Julian, their second son, is charming and generous and warm; Isabelle is rebellious and willful; and Xavier, unusual and untamed, is the final unexpected gift of their love. They each find their own way, but will be drawn to the great house of gems their parents built.

In Jewels, Danielle Steel takes the reader through five eventful decades that include war, passion, international intrigue, and the strength of family through it all.

What listeners say about Jewels

It waz nothing like the book, it didnt go into all the little storys which make the book. I was very let down by it

I read this book years ago and loved it. I wasn’t thrilled by this abridged version as I felt the best parts were cut out which was disappointing. Perhaps if you haven’t read the full story already it won’t matter.

What would have made Jewels better?

To bad I didnt pay closer attention. This is an epic story of love and war which was ruined by this abrigement. I don't buy abridged books but I was hurrying that day.

What disappointed you about Jewels?

They Skipped over half the book in the audio version.

i loved the whole storyn when i read the book.

If you could play editor, what scene or scenes would you have cut from Jewels?

Why would you record only half a book.

I have read this book so many times. Tim Curry did a fantastic job of narrating. My favorite Danielle Steel book. Highly recommended.

Such a good love story

This book is great. It’s so refreshing to read such a great love story! I loved the story of her life, with the happy times, and sad times, the book is beautiful!

The original story creates a better story with more complex characters. You feel the pain of deaths and times.
This version makes everything so slapped together.

Way over the top for me

Anyone who reads Danielle Steele novels expects the usual in depth descriptions of the abundantly wealthy but, this one way over the top, even for me. This book was nauseating. The narration by a male of a 16 year old girl was not a good match. I couldn’t finish it as I felt brain cells dying with each word.

loved it. her books take me away from life and let me dream. thank you

Not the full book

I’m really upset that the first time issuing audible and I didn’t know it wasn’t the full book!

I still have the hard cover from1993-I couldn't put it down, love Danielle Steele Thxs