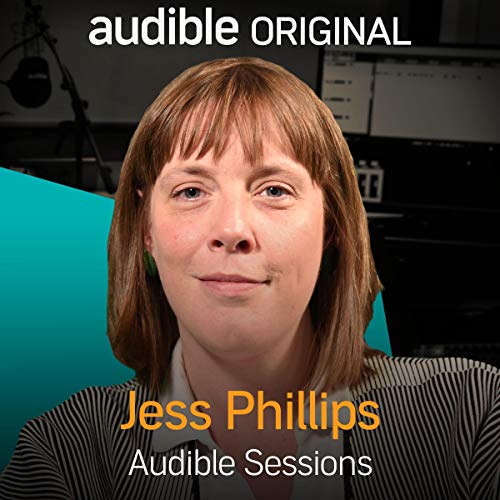 Joining us at Audible Studios is Jess Phillips, Labour MP of Birmingham Yardley since 2015. Phillips grew up in a politcally active household, which was a platform into her own political career. Starting off in Women's Aid Federation of England, Phillips was elected a labour counsillor in 2012. She has served as victim's champion at Birmingham City Counsel and on the West Midlands Police and Crime Panel.

Phillips is known for speaking her mind and has caused a social media storm or two, such as when she pulled faces at Philip Davies for suggesting a debate for International Men's Day. Phillips has served as the deputy editor of The House, the in-house parliamentary magazine, and published her first book, Everywoman, in 2017, which promotes truth in every respect.

Phillips' next book, Truth to Power, is set to inspire you to speak truth and give you the tools and courage you need to do so. We will be speaking to Phillips about her new book, her political career and her love of truth!

What listeners say about Jess Phillips

What a courageous woman and so needed in these turbulent days, weeks, months, years? Practical and realistic, aspirational and encouraging, we are used to the idea that we can all do something, no matter how small, that does make a difference. Jess encourages us to realise our own ability to make enormous change for good by challenging unaccountable power. Really? Yes.

it nice to hear a politician who's down to earth, realistic, and willing to stand up and say "maybe we could have done that better".

She talks a lot of sense. I really like her straight talking style. Think i'll add her books to my list now