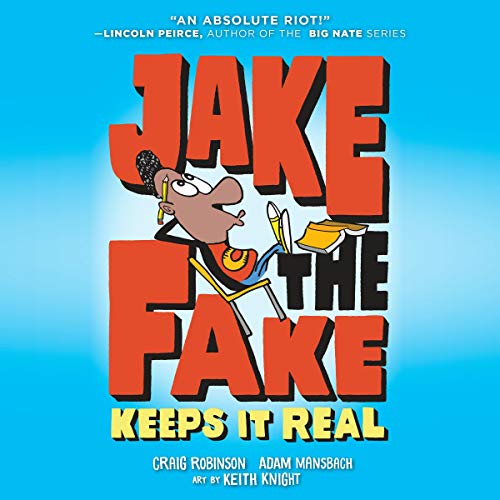 Jake the Fake Keeps It Real

For fans of Diary of a Wimpy Kid and Big Nate> comes a new side-splitting series from comedian and film star Craig Robinson and number one New York Times best-selling author Adam Mansbach.

Jake can barely play an instrument, not even a kazoo. And his art? It's better suited for Pictionary than Picasso. Which is a real problem because Jake just faked his way into the Music and Art Academy for the gifted and talented (and Jake is pretty sure he is neither). More jokester than composer, Jake will have to think of something quick before the last laugh is on him.

Jake the Fake is sure to bring the laughs with his hilarious hijinks!

What listeners say about Jake the Fake Keeps It Real

my son loved it

and I loved the message it gave him.
Well presented and easy to follow great for an 8+ audience.