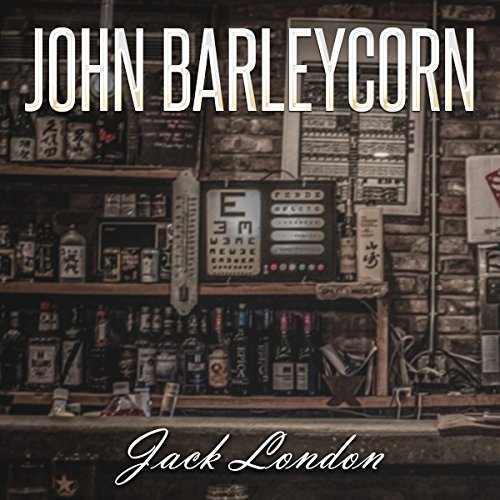 John Barleycorn is a novel about the enjoyment of drinking and the struggles of alcoholism.

I find this book very interesting and honest, as we follow Jack Londons relationship to alcohol from earlie childhood. Jack London is totally honest, and you cannot avoid to be captured by the story. I was. The narrator is one of the best to tell Jack London's stories. And yes, I am an nonalcoholic my self.

I AM NOT AN ALCOHOLIC

Would you listen to Jack London: John Barleycorn again? Why?

I would listen to Jack London's "John Barleycorn" again not for his musings on alcoholism, but for his writing. Writing is my drink of choice, my addiction, and Jack London offers some of the finest writing around. This memoir was a long, cool drink which "jingled" my brain, as London is wont to say. Given that I live in the same San Francisco Bay Area where he lived, I enjoy listening to his descriptions of familiar places as they were one hundred years ago. I feel like I am traveling back in time. I was inspired to read this book by visiting his old rendezvous, Heinold's First and Last Chance Saloon in Oakland.

What was one of the most memorable moments of Jack London: John Barleycorn?

To me, the saddest thing in "John Barleycorn" was listening to London's argument that he was not an alcoholic. He boasts that luck and a strong constitution prevented him from becoming one. We now know that he died prematurely from late stage alcoholism and kidney failure at the age of forty. FORTY. His drinking caught up with him. I listen to his ramblings with sadness knowing that he may have been drunk or "jingled" at the time he wrote his words. I also feel the loss of such a brilliant writer. A saving grace is that he did more living and writing than people twice his age.

I highly recommend this book that provides insight into one of our greatest writers. He was also the writer who created the stereotype of the drunk writer and he coined the phrase "seeing pink elephants."

I was surprised at how much this book made me laugh. I was not going to continue after the first chapter, but happy I did. A serious issue told with lighthearted humor.

Never read the material sounds like a bad grammar school effort. Story sounds interesting. Will search for other.