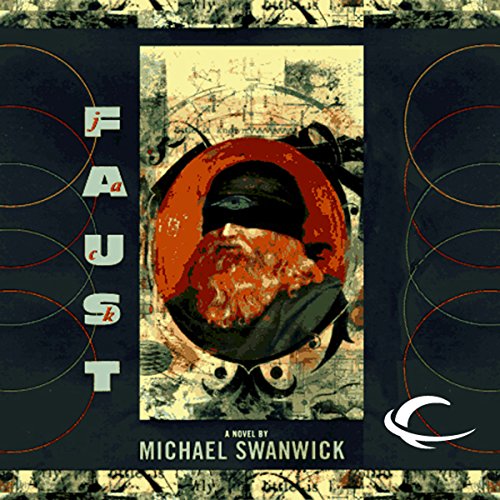 Jack Faust is a breathtaking and masterful new spin on Goethe's story of a scholar who sells his soul to the Devil for the gift of unlimited knowledge. But unlike the classic Mephistopheles, the seductive demon who approaches Swanwick's Johannes Faust is not the devil as we know him, but rather a representative of a mysterious race that seeks nothing less than the extermination of the hated human animal. And the wisdom this creature offers the disenchanted thinker goes far beyond anything known or imagined in Goethe's day: the secrets of flight and the cosmos, the principles of economics and engineering, the mysteries of medicine and the atom.

And so begins Faust's transition from madman to savior - from Johannes to Jack - as he accelerates human progress at blinding speed, setting the mighty gears and pistons of industry in motion to first remake Germany, and then all Europe, in his own image. Ushering in a New Age of mechanization hundreds of years before its rightful time, he is alternately adored and despised for his accomplishments, as he attempts to elevate humankind from the muck of ignorance, superstition and disease.

Yet it is love that damns Jack Faust and, ultimately, humanity as well. For Mephistopheles has revealed to him the beauty and purity of innocence in the person of Margarete Reinhardt, the daughter of a struggling businessman. To win her heart, Faust will give Margarete power and influence in an age when women are powerless - and fame in a time when notoriety can be fatal - and, in the process, blind his beloved, and himself, to the horrors Faust's "progress" has wrought. For brutality and greed will always pervert love and genius in a degenerate world - a world which now, thanks to Jack Faust, is rapidly sliding into chaos... or something far worse.

"A vivid and energetic reworking, set forth with all Swanwick's considerable skill." (Kirkus Reviews)

Well written, and well read and highly recommended.
It was dark, scatterings of well thought out humor, and insightful into the minds of humanity.