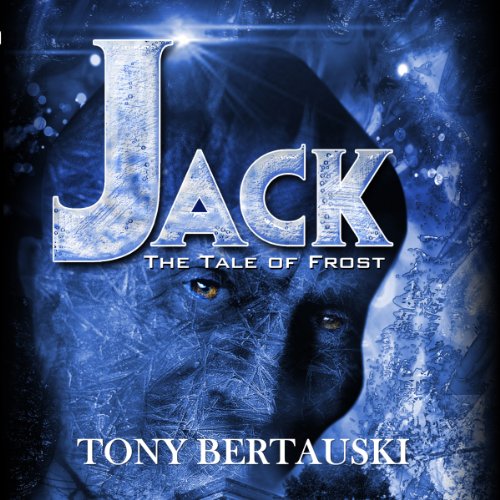 By: Tony Bertauski
Narrated by: James Robert Killavey
Try for £0.00

Sura is sixteen years old when she meets Mr. Frost. He's very short and very fat and he likes his room very, very cold. Some might say inhumanly cold. His first name isn't Jack, she's told. And that's all she needed to know.

Mr. Frost's love for Christmas is over-the-top and slightly psychotic. And why not? He's made billions of dollars off the holiday he invented. Or so he claims. Rumor is he's an elven, but that's silly. Elven aren't real. And if they were, they wouldn't live in South Carolina. They wouldn't hide in a tower and go to the basement to make…things.

What listeners say about Jack

Great second book in the series

Even thought this book is classified as Young Adult it is really more for all ages. It has a great vibe and is beautifully crafted. Many of the characters are adult and only two are actually teens.

This is the follow-up to Claus and it was really terrific. The way the story jumped ahead to modern times was wonderful. I loved seeing how the world evolved and the Elven Pawn adapted to being with humans.

I have found when reading Mr Bertauski that there are many layers to the story. They are woven together and information is doled out like sweet treats in small doses. I never really guess all the intricacies that make up the whole. With the first book I never quite caught on to what the end result and that made it thrilling. I love when a book can surprise me!

The narrative is mixed and has many voices, while most of it is from Sura's POV, you get a real feel for all the characters. It helps make a fuller more realized world with intricate characters. I loved Sura's strength, Jo's loyalty, Mr Frost with his plans and Jack who is very complicated. I was a touch disappointed that Jack lost all the growth he had at the end of the last book. He was more annoying than he had been, there was just something in the last book that was missing, the thing that kept him likable.

The story this time felt slower, there was a lot of exposition to cover and that tended make the pace drag. It is all necessary, just a bit slower than I usually like. It all comes together in the end. The last quarter of the book really picked up considerably. It is all worth it when all those little details come together to bring up the big finish. So many subplots made it almost impossible to guess how things would turn out! Again, love that surprise!

I listened to the audiobook which is narrated by James Robert Killavey, who did such a great job on the first book. He has a real feel for all the characters and the idiosyncrasies that make them up. He manages to match Jack beautifully and keeps him annoying with his grating tones. He has a great pace in his read that helps move the story along at slower moments. Really fantastic combination of reader and story!!

Overall, I enjoyed this modern retelling of the Jack Frost myth and the way it connects with the first book. Beautiful storytelling that surprises and delights at every turn. I have been enchanted by these books and definitely plan to check out other works by this inventive author!

good follow up to first book. actually liked it a bit better than the first book. looking forward to the next in series