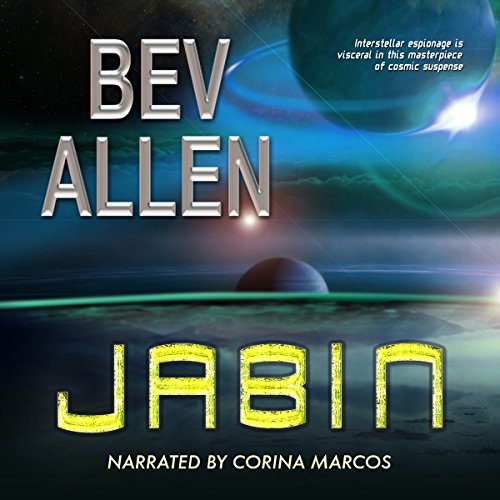 By: Bev Allen
Narrated by: Corina Marcos
Try for £0.00

The space colony is rife with religious and political rivalry, and prey to the vicious maraudings of pirates whose cruelty is savage. In New Wales the pirate attacks are relentless and merciless. Having lost both his parents, Jabin is adopted by malicious relatives.

Jabin altruistically surrenders to a raiding gang; he does so believing nothing can be worse than his current suffering. He discovers circumstance does worsen when megalomaniacs rule. When the King of New Wales is assassinated, the colony threatens to collapse into total anarchy, leaving the pirates free rein to mutilate, kill, and profit. Earth's law enforcement are ready for retaliation. Jabin has a vital role in the ensuing war, if he can survive the current mayhem.

Interstellar espionage is visceral in this masterpiece of cosmic suspense.

What listeners say about Jabin