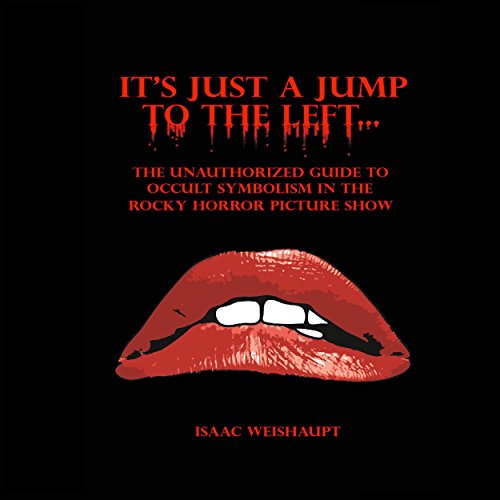 It's Just a Jump to the Left

It's Just a Jump to the Left

Have you ever considered that this film is shown as an annual ritual during the pagan sacrifice period known as Samhain? Perhaps there is more than most people realize with this film and its message of Baphomet androgyny, transhumanism, and the evolution of consciousness that seeks to steer all of mankind down the path of the Luciferian doctrine.

Prepare to take a journey into the hidden realm of the occult as your host, Isaac Weishaupt, explores the vast conspiracy that is cleverly hidden in this beloved cult classic of The Rocky Horror Picture Show.

The annual rituals on the pagan holiday of Samhain draw its viewers into a world of sex magick and Luciferian doctrine through the Time Warp dance and virgin sacrifices.

Learn how Brad, Janet, Riff Raff, and Frank N Furter all play a part in this age-old belief in the perfected form of mankind.

Frank N Furter is the "sweet transvestite" that seeks to draw in the Prometheus in a hidden play on Luciferian doctrine that many aren't able to see.

Aleister Crowley's Aeon of Horus and channeling of the alien LAM are a bit too close to home in this tale of pansexual aliens from Transsexual Transylvania.

Vampires of the Qlippoth are attempting to cross the Da'ath side of the life force while conducting the Time Warp Dionysian ritual.

Why do we see the lightning bolt so often in the film? Could it be the fallen angel of Lucifer "falling like lightning" from the heavens?

Learn all about the hidden occult symbolism in this classic film with your host, independent researcher and author: Isaac Weishaupt.

Not worth the time or money

This seemed interesting, but quickly devolved into nothing more than an empty conspiracy theory that pulls from any source that seems to support it, but ignores any and all attempts to substantiate anything. To make it worse, the narration presents it in a way that makes it uninteresting to listen to.

Author reads too much into this...

The narrator sounded like he just had a valium and a shot of gin. Give the man some coffee for crying out loud.

If you could play editor, what scene or scenes would you have cut from It's Just a Jump to the Left?

It's not necessary to list the table of contents in an audiobook.

This book is the most cringe-worthy thing I have ever read written by a man who reads between the lines a little TOO much. The conspacry-nut theories espoused in this book would make the likes of Alex Jones and David Icke think the author was a madman. Yes Rocky Horror has its hidden meanings, but not as sinister as the author seems to think. It's just a fun movie that mocks 50's/60's horror and scifi and expresses themes of sexual liberation. Also, Eddy is not Frank's creation. He was one of Frank's human groupies/lovers that he used to make Rocky.