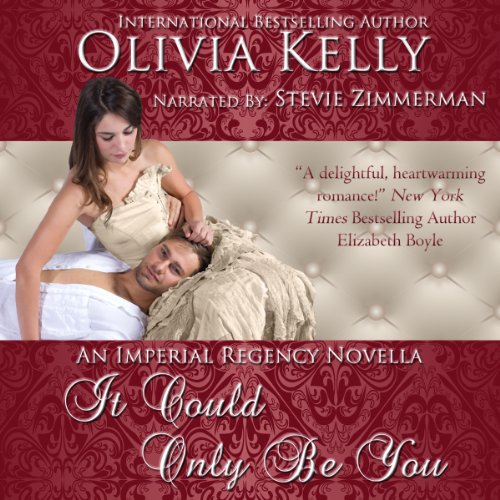 It Could Only Be You

It Could Only Be You

Harry Connelly has crossed an ocean and pushed his half-healed, battle weary body to its limits to confront the man who stole the life he should have had; his grandfather, the Duke of Danby. Wounded, Harry collapses in a small village's church, and is nursed back to health by the vicar's beautiful daughter, Lily Beaumont. A man haunted by the demons of war, he should know better than to become involved with such an innocent but he cannot stay away from her. Harry's forced to make a decision. He can wield his decades old anger and bitterness against his grandfather, to compel him to acknowledge the damage he caused, and demand that the duke make monetary amends. Or he can turn his back on the past, and create a future with the woman he is beginning to think he cannot live without.

English Duke's daughter becomes estranged from her father for marrying for love, against his will. Their only son, Harry Connelly, surviving the wilds of the Americas, returns to England to face his Grandfather.

If you don't have a lot of time to read/listen or not in the mood for full version novels that arouse heavy emotions, short stories like "It Could Only Be You", may supply your need for a good romantic light read. It's well written for a short story (1 hour 57 min.) and doesn't leave you hanging like some do. Stevie Zimmerman performed well.

There's a couple of editing errors where the same words are repeated.

All in all, not a bad book!