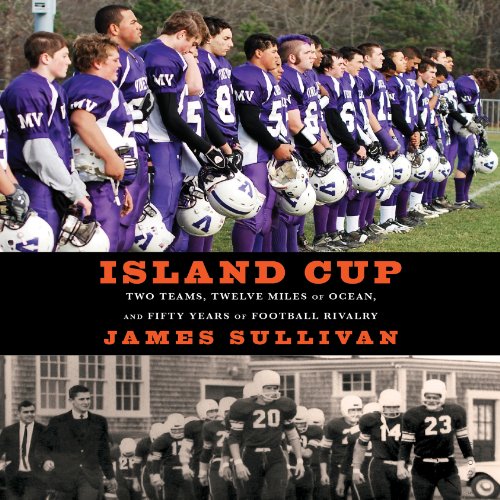 To most of us "mainlanders," the islands of Martha's Vineyard and Nantucket are resort destinations, summer homes for the Kennedys, the Obamas, and Patriots coach Bill Belichick. But after the tourists and jetsetters leave, the cold weather descends, and the local shop owners, carpenters, and fishermen ready themselves for the main event: high school football. For over 50 years, the local teams have been locking horns every November. They play for pride, a coveted trophy, and, very often, a shot at the league championship. Despite their tiny populations, both islands are dangerous on the football field.

This far-reaching book tells the story not only of the Whaler-Vineyarder rivalry, but of two places without a country. Filled with empty houses nine months of the year, Nantucket and the Vineyard have long, unique histories that include such oddities as an attempt to secede from the United States and the invention of a proprietary sign language. Delving into the rich history of both places, Sullivan paints a picture of a bygone New England, a place that has never stopped fighting for its life-and the rights to the Island Cup.

James Sullivan is the author of Seven Dirty Words, The Hardest Working Man, and Jeans. He has written extensively for the Boston Globe, and previously served as a feature writer and culture critic for the San Francisco Chronicle. He has spent considerable time, including his honeymoon, on the islands.

What listeners say about Island Cup

Not Compelling Enough For Me

No, I found it difficult to get in to this book. There's a lot of information about people living a lifestyle that I couldn't relate to.

There's nothing wrong with it and I'm not sure you could change it either really, it's just not a subject that really appealed to me, it's my own fault for buying the book.

Have you listened to any of T. David Rutherford’s other performances? How does this one compare?

No, first time I've ever heard him, he's absolutely fine.

Could you see Island Cup being made into a movie or a TV series? Who would the stars be?

Hmmm, you could make a Friday Night Lights style programme out of it, no idea who you'd get to play anyone though.

This book would probably be great for people that grew up in the area & have an interest in the rivalry between the two islands.