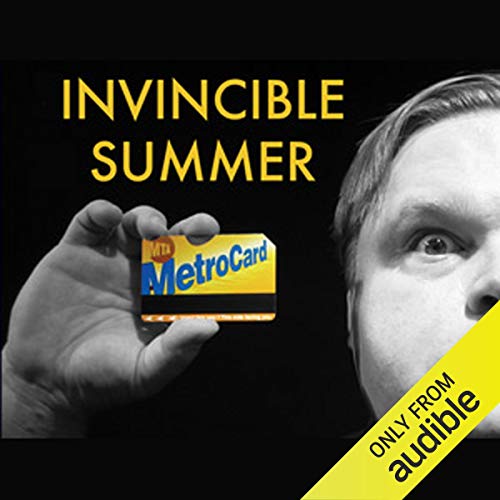 Mike Daisey tells his story of the last glorious summer before everything changed. Starting with the bizarre history of the Manhattan Transit Authority's epic subway system, Daisey maps New York City from the bottom up - a city so unbelievable it could only be true - and paints a picture of his Brooklyn neighborhood before and after 9/11, capturing the personal and social shockwaves of that terrible day.

By setting the intensely personal story of a family in crisis against the backdrop of massive social change, Daisey tells a story of loss and faith for our time. Weddings and wars, fathers and sons, governments and citizens clash - and the world comes crashing down, leaving serious questions in its wake: What does it mean to belong to a place, and how will we hold on when we lose our way?

"Sharp-witted, passionately delivered talk about matters both small and huge, at once utterly individual and achingly universal." (The Boston Globe)
"What distinguishes [Daisey] from most solo performers is how elegantly he blends personal stories, historical digressions and philosophical ruminations. (The New York Times)

quite a great performer

This one's probably my favorite of the Mike Daisy shows on Audible.

You laugh and you cry as you get to know Mike and also hear his take on new York, writing and the publishing world, and hear another take on 9/11.

All of his shows are solid, but start here, I'd say...

Great men of Genius is much better. Daisy is a great story teller and he does well here, but the story just isn't as interesting as those in the Great Men series. If you are a Diasy fan, though, it's worth a listen.