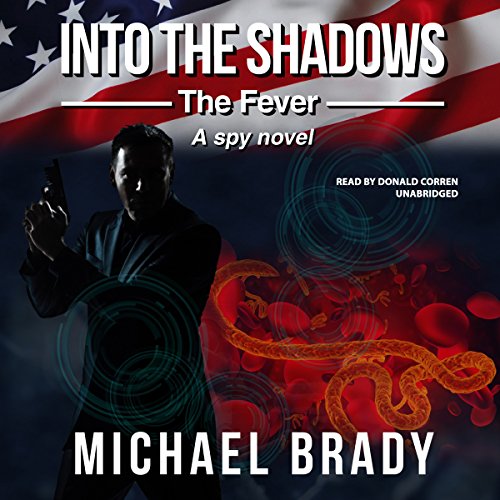 Into the Shadows: The Fever

Into the Shadows: The Fever

The first of a series of high-octane spy thrillers, Into the Shadows: The Fever is the story of Michael Brennan, a career CIA non-official-cover intelligence officer, and his quest to identify and disrupt a plot crafted by the Islamic State terror group. After Michael travels to Israel and meets with Israeli intelligence, he partners with Elif Turan, a Mossad agent working in Turkey as a "false flag" along the Syrian border. Together they must use their skills and tradecraft to stop Islamic State's scheme to introduce the deadly Ebola virus into New York City.

Michael Brady genuinely has see it and done it. The one thing I was 100% confident of getting was authentic detail and without a shadow of a doubt this book is full of it. It's both the strength and the weakness of Into The Shadows. If you want a detailed procedural spy thriller then this has a lot to offer. For my personal taste though as a story it got a bit lost behind strings of initials, many of which really only served to show how much the author knew. Technical and logistical detail over-shadowed the action and the characters felt flat.

The narration by Donald Corren was steady and true without being spectacular and perhaps his matter of fact delivery coupled with all that detail combined to make this a flatter experience than it could have been.

With his knowledge, experience and a touch of cleverness Michael Brady could well be on to something but for my tastes the characters and the plot have to come more to the forefront.

Realistic and Full of Action

I do not typically enjoy spy novels. I always feel the plot is unrealistic, or the main character is so unstoppable that they mine as well be a superhero. Mr. Brady's book had my attention from the start. A feasible enemy plot, thrown into the mix of current world events. The book gives you a view of the flaws and vast capabilities of the intelligence community, as they protect the homeland.

The narrator does a great job giving you a feel of the atmosphere, and the heat of the moment. Makes it easy to imagine the wonderfully worded scenario created by Mr. Brady.

I am very excited for his second novel to be released.

It's a lot like reading a text book or operations manual - just not very entertaining. There is some silly side love story that seems just thrown in there