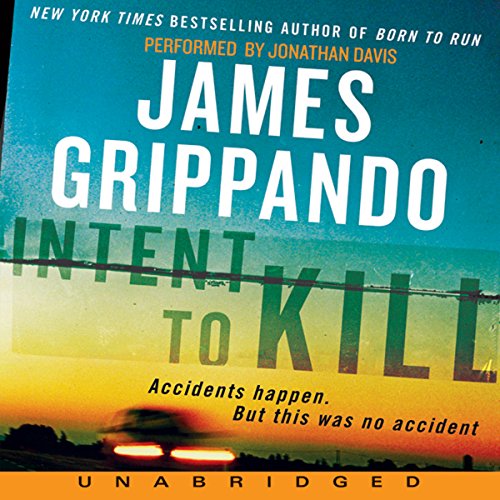 Ryan James, a washed-up minor-league baseball player, is now a shock jock on a sports-radio talk show. He uses alcohol and anger to get by and to ease the pain of his wife's fatal car crash three years ago. Now an anonymous tipster claims he knows the identity of the drunk driver who caused the crash. Jonathan Davis's skilled narration depicts the misery of Ryan's existence and his new agony at the revelation that the crash was not an accident. Davis depicts Ryan's autistic brother-in-law, Babes, with depth, portraying his strange intelligence and the devotion to baseball he shares with Ryan. Davis's well-paced narration eases the occasional slow spots in an otherwise fast-paced thriller.

A fallen baseball star must use his new skills as Boston's king of sports radio to outwit a dangerous caller and prove, live on the air, that the hit-and-run that killed his wife was no accident.

Ryan James once had it all. With a beautiful wife and a two-year-old daughter, he was just one minor-league baseball game away from realizing his lifelong dream of playing in the majors when the unthinkable happened: his wife, Chelsea, was killed in a hit-and-run accident while driving to Ryan's last game of the season.

Years later, Ryan is a popular "shock jock" at Boston's top-rated sports radio show, doing his best to raise his daughter alone. But his love for Chelsea endures, his insomnia persists, and the fact that the police never found the drunk who ran her off the road makes closure impossible. Then, on the third anniversary of Chelsea's death, chilling words from an anonymous tipster turn the accident into a homicide: "I know who did it."

As the police scramble, Ryan makes a stunning discovery. The tip, a strangely coded message, may have come from Chelsea's own brother, a young man affectionately known as "Babes", who has an autism-related disorder. But why would Babes have withheld this information for three years? And what finally made him come forward anonymously?

The demand for answers sends Babes on the run. Through a series of shocking on-air conversations with Babes, Ryan and Emma Carlisle, the dedicated prosecutor on the case, unravel a cover-up that reaches back to the night of Chelsea's death and that may implicate one of New England's most powerful families. It's a search that will forever change the lives of Ryan, Babes, and Emma - if they live to tell about it.

I enjoyed the beginning of the book, the plot interesting and credible. However, I felt the author did not deliver satisfactorily. I became bored at the repetitious dialogue...the "cherry koolaid lips" for example. The last part of the book seemed more like a skeleton outline than a action-packed,nail-biting ending.

Buy it, you'll like it. It moves well from start to finish.