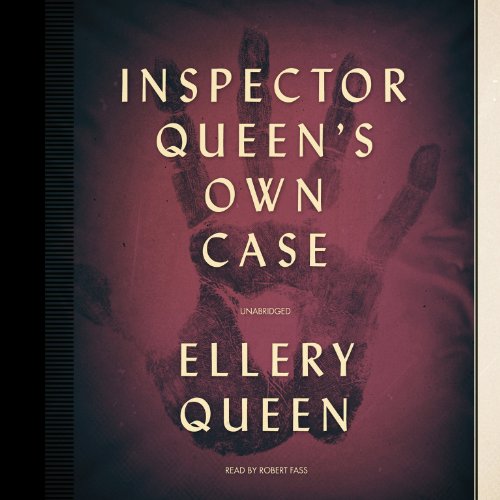 By: Ellery Queen
Narrated by: Robert Fass
Try for £0.00

For years, Inspector Richard Queen had been outshone by his writer son. Now, with Ellery away, he had a case all his own - or did he? The verdict had been accidental death, and only the victim's nurse had seen the one thing that made it murder. Recruiting a senior citizens corps of retired cops, Dick Queen tracked a murderer - and found himself courting his only witness! No wonder he kept muttering, "What's Ellery going to say…?"

What listeners say about Inspector Queen's Own Case

A nice deviation from the standard Queen mystery

The primary crime of the death of a two-week child may be hard for some audiences to take, once you move beyond this, it is a fascinating story. It gives a interesting insight at Inspector Queen, usually a minor character in Ellery Queen novels, and the fact that he can solve mysteries by himself. Well thought out, well written, and well worth the read of Queen fans.