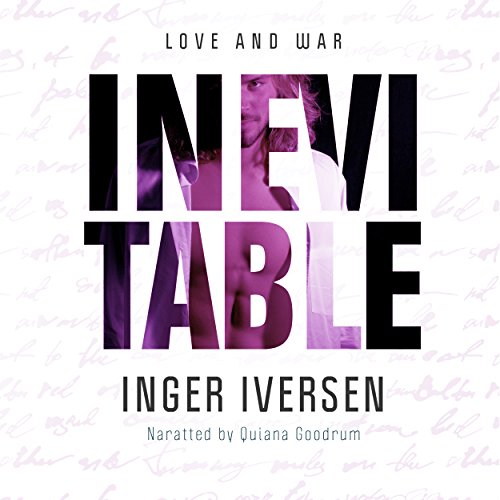 Ex-marine and former combat trainer Trent Reed has been shot and placed in war zones behind enemy lines for most of his Marine Corp career. But when his best friend, Logan, calls in a favor, he is faced with one of the hardest decisions of his life - to be or not to be the best man in his wedding.

His turbulent past with races other than his own have him at odds with Logan's new African American fiancée, Katie. When Trent accepts the position against his better judgment, it's done with a heavy heart and the understanding that his friend is soon to be out of his life - for good.

Teal Lofton is finally warming up to Logan, her best friend's fiancé and an ex-convict. As maid of honor in Katie's wedding, she will have to put up with budget issues, mind-numbing tasks, juggling the bride's secret pregnancy, and, worst of all, dealing with Logan's jerk of a best friend and best man.

When shit hits the fan during the groom's dinner and Trent disappears with the wedding rings in tow, Teal flips her lid and chases after him into the worst snowstorm of the decade. A serious accident sets Trent and Teal on an inevitable course of self-discovery and passion like they've never experienced before.

Would you listen to Inevitable: Love and War again? Why?

I have repeatedly. It's fluid, funny and hot! Inger pulled this off well. The only problem is being ghetto does not require young ladies to say the F word (or any other foul language) repeatedly. It didn't t fit the fluidity of the story.

Trent. Quiana has come a long way in her narration. She makes Trent so believable and hot you totally forget he s not real. He's funny too.

In the cabin when Teal gives him a hard time.

Yes and did. Over and over.

When I first heard Quiana Goldrum in A Heart Not Easily Broken, I said I would never listen to anything she narrated, but I really wanted this after Incarcerated. I m glad I did! She has grown so much. She pays attention to punctuation/pause time. Also, everyone isn t always skipping through daisies. She creates a character and really tries to stick with it. Each character has a different voice. Little advice: she should focus on NO MORE than four characters for distinguished voices.

OPPOSITES... DESTINED TO COMPLETE EACH OTHER

I was GRACIOUSLY provided this audiobook at no charge by the author so I wouldn't have to skip a book in the series after receiving "Indelible" in exchange for an unbiased review.

First I want to say that I disagree with the negative reviews of Quiana Goodrum's male narration. I found her interpretation for Trent's accent to be eerily similar to a small coastal southern town in which I lived. I felt drawn to Trent from the beginning by his soft-spoken, slow & patient voice.

I'm still riding the high from the story as I just finished it an hour ago. The tale spun was delectable and I ate up every piece. Things have to happen fast in a 6 hour book so my most common complaint is disbelief in how fast they fall for one another. I get over it, though. There was the topic of PTSD that I thought would play some role but it wasn't mentioned as the book progressed. Maybe I'll see it rise it's ugly head in the next installment. One other point kept niggling me. Trent's concern over Harper's consent to see his son. As Marcus is now 20-21 years old, Harper's opinion isn't important. From the start, Trent talked as if his son was younger.

The book made me laugh, made my heart pound, made me "hot" and completely entertained me. I'm starting on "Indelible: Beneath his Ink" tonight!

More audible versions please!!!!! LOVE the stories and situations the women find themselves.. I have enjoyed the books now i'm in love & very loyal the any and ALL audio versions.. Can wait for the next book in this series... Applause, applause for these great stories of bwwm....

Not excited with narrator and enjoyed the story

I found getting to know more of Trent past and what set him on his path gave me a deeper respect for him and what he was going through. I did not say it was fair to paint all with the brush he did but I did understand. Teal was just a character all to herself. She was the fire that was needed for Trent. She gave him something he was missing.

Quiana Goodrum was not impressing or impressive with the narration of this installment. I was just ready to be finished.

Enjoyed Trent and Teal. They have great chemistry together. First read by Ms. Iverson and can't wait to read book 2!!! Keep the stories coming!!!

I enjoyed this story and came away with good feelings for future stories from this author. The. characters and storyline were very well written and flowed smoothly. Once I got past the "twang" in the Narration of the H and the "hood" persona of the h, the story came together. Overall, it's a sweet and touching read that proves Love conquers all.

This was the first Inger Iversen book and I really like the story she told! Trent fell in love in high school. He gave his heart to a girl he trusted and she hurt him badly. He has a great distrust of women because of that. His best friend is getting married and he thinks it’s a mistake. He’s trued to convince him, but he won’t listen

Teal is the best friend of the bride, and she was against the wedding too, but has come to accept that it’s what her friend wants. She wants that spark.. that love.

A series of mishaps lead to a one night stand that leaves them both confused...

I really enjoyed the story in this book! It’s a good one.

Quiana Goodrum is a new narrator for me and I’ll need to hear another to form a tru opinion. But I thought she did a good job.

Enticing and wonderful! Really enjoyed listening to this novel.

Loved the romance and the characters and the chemistry.

I got this story via audiobook boom and this is my voluntary review. This was a good addition to the previous story. The author did a great job weaving all three books together. Each book can be read alone but all three make the story come alive. I am torn between which of the 3 I like best. Each shows how race, money, and birth can affect your life but that love conquers all. Shedding light on what happens when life gives you lemons and someone is there to help you make lemonade. All in all a great set of stories. The narrator was good also. Some glitches but not enough to detract from the story.