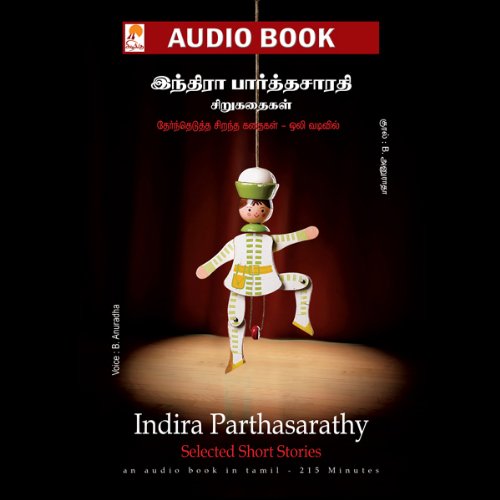 By: Indira Parthasarathy
Narrated by: B. Anuradha
Try for £0.00

An audiobook in the Tamil language.

Indira Parthasarathy is the nom de plume of Professor R. Parthasarathy, a well known Indian playwright, short-story writer, and novelist writing in Tamil. He has received several honors for his writing, including the Sangeet Natak Akademi and Sahitya Akademi awards and the prestigious Saraswati Samman. He has so far published 15 novels, six anthologies of short stories, 10 plays, and a collection of essays.

Short stories in this collection include:

Some stories were really good and though provoking. The reader did a great job with bringing to life the characters!