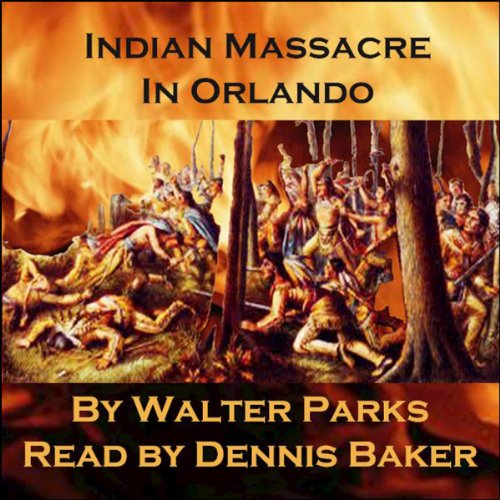 Arguably the last Indians living in Central Florida in 1883 were all massacred because the chief's favorite squaw loved White Man Cow.

John asked the President of the United States to send soldiers to remove the Indians. John didn't think his request was out of line; after all, the government had earlier been moving Indians to the "Indians Territory" (now Oklahoma) for years.

But the President wouldn't do it. So John had to do it.

He killed every man, woman, and child.

This is the story of why he did it.

This is the story of how he did it.

This is the story of the unbelievable consequences.

I believe that the Indian massacre in Orlando is basically a true story. I used old documents and interviews of John's decedents about stories passed down in the family. I also used other historical documents and research from the Internet. I had to fill in some gaps for some of the minor details which were not available from the interviews or historical data. I wanted to minimize such usages and therefore I have purposefully kept the story short and confined to the true data.

To help you grasp and understand the cause of the massacre, I have included a brief history of the relationships between the Indians and the pioneers. And I have included a description of the paradise in which the local Indians lived before we came. This paradise, while not in its "wild" form, still exists and I have lived in it for most of my adult life.

I believe you will enjoy the story.

What an insult to learned listeners

As a Floridian, graduate student in History, and someone with common sense, this hour long recitation about the massacre of Native Americans in the Orlando area by white settlers is poorly researched, poorly narrated, and ridiculous. No, Native Americans did not live in perfect harmony in a paradise, and no, white settlers were not blood lusting for the death of their neighbors.

The truth is always somewhere in the middle, and Parks' attempts to depict the extremes of the cultural spectrum expose his lack of historical research and nuance. The narration was horrible, as if Parks' got his son to read, tripping over punctuation and running sentences together. I should have known when he pronounced the first section Pre-Face!