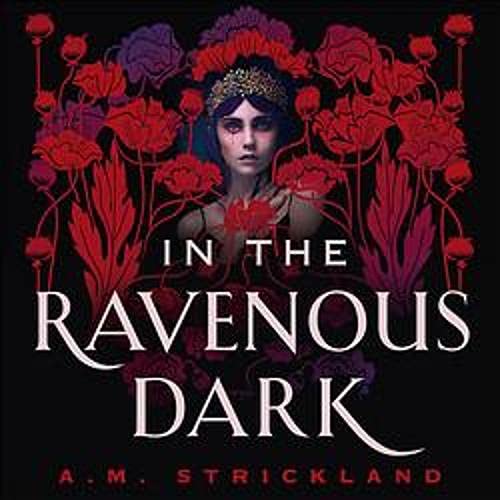 In the Ravenous Dark

A pansexual bloodmage reluctantly teams up with an undead spirit to start a rebellion among the living and the dead, in this dark young adult fantasy by A. M. Strickland, author of Beyond the Black Door.

Power never dies...and neither does desire.

In Thanopolis, magic is rare - and closely controlled. Those blessed - or cursed - with power are kept under constant guard, assigned to undead spirits who watch their every move.

Ever since her father died to save her from this fate, Rovan has kept her magic a closely guarded secret - until an accident exposes her powers for the world to see and her tenuous freedom comes crashing to an end.

Brought to the royal palace against her will, and thrust into a maelstrom of intrigue and deception, Rovan is drawn to two people she cannot fully trust: Lydea, a beguiling and rebellious princess struggling against her own destiny, and Ivrilos, the handsome, powerful spirit she has been bound to, who can control Rovan, body and soul.

Together, they uncover a terrible secret that could destroy everyone in Thanopolis - the living and the dead. To save them, Rovan will have to start a rebellion in both the mortal world and the underworld, and find a way to trust the princess and the undead spirit vying for her heart - if she doesn't betray them first....

A. M. Strickland's richly imagined dark fantasy features court intrigue, a revolution that stretches across life and death and a pansexual love triangle that will leave listeners desperate to find out what happens next.

What listeners say about In the Ravenous Dark

A dark and illustrious romance!

At first I did find this book slow but then it suddenly picked up and the fast pace was brilliant.
I loved the MC character Rovan being a pansexual and her interactions with Lydea, Japha and Ivrilos were beautiful and haunting. I particularly loved Japha. Who as a non binary used the pronouns of they/them. This for me was wonderful as I loved them the most.
Overall this story was a 4 🌟 and I would highly recommend!!! 💜