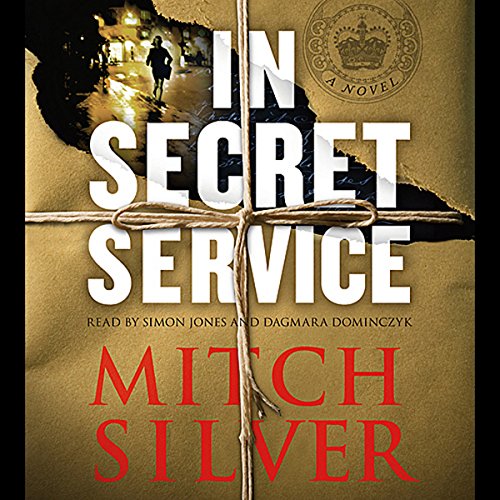 By: Mitch Silver
Narrated by: Simon Jones
Try for £0.00

Two plot lines, two thrillers, each intertwined with the other.

In the present, a young Yale academic is summoned to Ireland to claim the contents of her grandfather's safe-deposit box, in which she finds only one thing: a nonfiction manuscript by James Bond author Ian Fleming. The manuscript, detailing Fleming's own involvement in British espionage during World War II, contains evidence that the Duke of Windsor was in a treasonous plot with Hitler - information so confidential that people are willing to kill to continue its secrecy.

What listeners say about In Secret Service

The details of Ian Fleming's life, whether true or fictional, sustain the story and keep one listening. The vessel for the delivery of the story is poorly developed and not convincing as are those pursuing and supporting her. I was disappointed.

This was by far one of the best books I ever listen to! I must read!

If you could sum up In Secret Service in three words, what would they be?

Loved the book with all the bits and pieces of two worlds meeting. It does fit my belief that Princess Dinana was assasinated and the book explains how. Patricia Cornwall had come up with the same theory. The 007 element is smashing as it flows with much of the newly released data about the Duke and Duchess of Windsor but also with a surprise element having to do with Prince Phillip that is shocking. Is this true? If it is, no wonder the British secret service wanted the book that Ian Fleming leaves behind destroyed at any cost. Try it....you just might like it! I am listening to it for a second time and that is a first!

What other book might you compare In Secret Service to and why?

Have you listened to any of Simon Jones’s other performances before? How does this one compare?

So many as it is a riveting book with that 007 element of excitement.