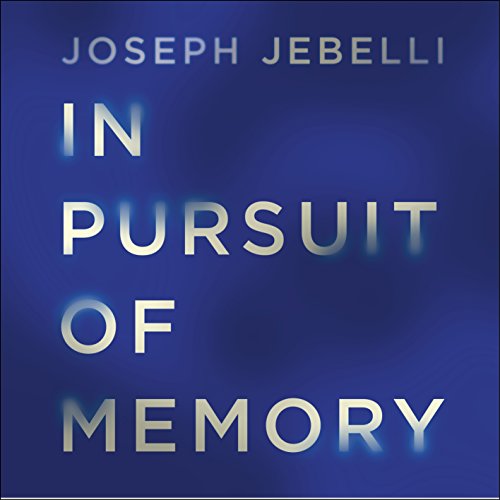 In Pursuit of Memory

By: Joseph Jebelli
Narrated by: Thomas Judd
Try for £0.00

When Joseph Jebelli was 12, his beloved grandfather began to act very strangely. It started with inexplicable walks, and gradually his bright smiles were replaced by a fearful, withdrawn expression. Before long he didn't recognise his family anymore.

Dr Jebelli has dedicated his career to understanding Alzheimer's disease, which affects millions worldwide and 850,000 people in the UK alone. In this, his first book, Jebelli explores the past, present and future of Alzheimer's disease, starting from the very beginning - the first recorded case more than 100 years ago - right up to the cutting-edge research being done today. It is a story as good as any detective novel, taking us to 19th-century Germany and postwar England; to the jungles of Papua New Guinea and the technological proving grounds of Japan; to America, India, China, Iceland, Sweden, and Colombia; and to the cloud-capped spires of the most elite academic institutions. Its heroes are expert scientists from around the world - but also the incredibly brave patients and families who have changed the way scientists think about Alzheimer's, unveiling a pandemic that took us centuries to track down, and above all reminding everyone never to take memory - our most prized possession - for granted. Based upon years of meticulous research, In Pursuit of Memory is a compelling insider's account of this terrible disease and the scientists who are trying to find a cure against the clock.

What listeners say about In Pursuit of Memory

I thoroughly enjoyed this book and the upbeat (in the long term) prospect for addressing Alzheimers. The credibility was slightly marred by the consistent mispronunciation of microglia. I would have thought these passages would have been re-recorded once this had been spotted.

This was such a good listen that I plan to purchase the hardback and pour through all the data. Everyone is touched by this dreadful disease in some way so it really is worthwhile to learn all we can. I enjoyed learning the vast scope of research in a highly inviting, rather than dry scientific, format. Excellent presentation.

Wish there was more

I am glad that some good minds are working on Altzheimer's. Keep up the good fight. An 80 year old.