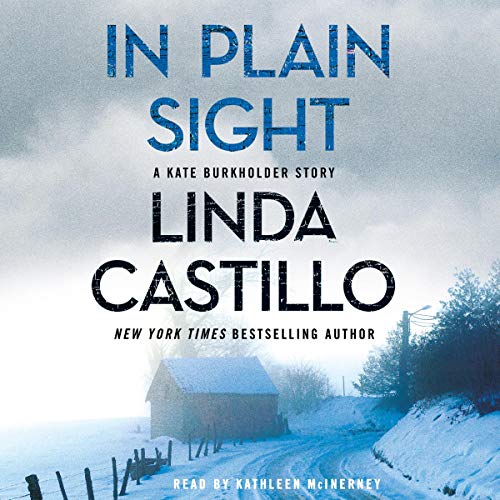 From Linda Castillo, the New York Times best-selling author of A Gathering of Secrets, comes a new Kate Burkholder short mystery, In Plain Sight: a story of star-crossed love and murder in Amish country.

Seventeen-year-old Amish boy Noah Kline is struck by a car as he walks alongside a dark country road late one night in Painters Mill. Seriously injured, he lapses into a coma.

Initially, Chief of Police Kate Burkholder believes it’s a straightforward hit-and-run, a driver that panicked and fled. But evidence soon emerges that the incident wasn’t accidental at all - and Kate uncovers a story of teenage passion and jealousy that may have led to attempted murder.

What listeners say about In Plain Sight


Do not listen to this when your kids are around. Bad language. The author should be ashamed.

I only wish it were longer! By the end I was left wanting more of an epilogue, to see how it worked out for all the young characters.

A good intermission between full-length books

Can’t wait for the next full novel.

Good listen while waiting for next novel

Kate Burkholder is another old friend I want to check in with. (I have some issues with her, but I still want to know how she’s doing.). So I’m waiting impatiently for the next book it this story was a welcome surprise when I saw it. It’s a good story, the ending was not telegraphed. My only complaint was it’s too short, which is not a fair criticism of a short story.

Gosh, I wish we could get a short story of just her an Sometime! But oh well.. another great little story that gives us a break from the large cases Burkholder usually covers. Again, great read and worth your coin and time. Cannot go wrong with Kate Burkholder!