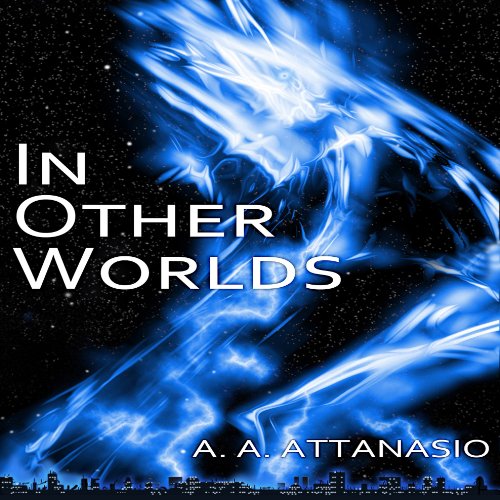 One star-chained evening in a Manhattan bathroom, Carl Schirmer spontaneously combusts! His body transforms into light, mysteriously snatched from his banal life by an alien intelligence 130 billion years in the future. There, all spacetime is collapsing into a cosmic black hole, the Big Crunch – and a bold, cosmic destiny awaits Carl. Rebuilt from the remnants of his light by extraterrestrials for a cryptic purpose, he awakens in time’s last world, the strangest of all – the Werld.

At the edge of infinity, Carl discovers the Foke, nomadic humans who travel among the floating islands of the Werld. The Foke teach him how to live - and love - at the end of time, and he loses his heart to his plucky guide, the beautiful Evoë. Their life together in this blissful kingdom that knows no aging or disease brings them to rapture - until Evoë falls prey to the zōtl, a spidery intelligence who hunt the Foke and eat the chemical by-products of their pain. In order to save his beloved from a gruesome death, Carl must return to Earth - 130 billion years earlier - where he is shocked to discover that the Earth he’s come back to is not the one he left.

Can he meet the harsh demands of his task before the zōtl find him and begin ravishing the Earth?

What listeners say about In Other Worlds