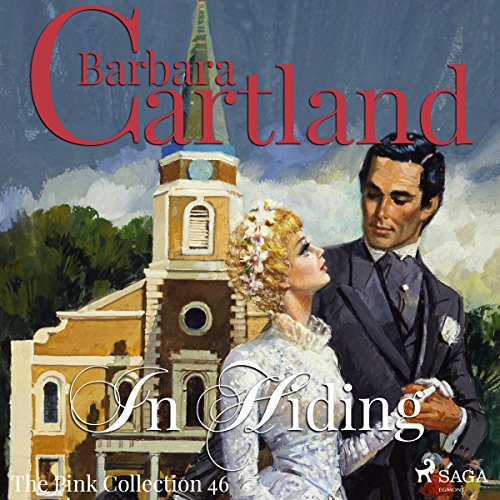 Lady Tamina Braithwaite is excited and happy to be secretly engaged to the handsome politician Edmund Newson. However, she is devastated when she discovers he is already betrothed to another girl. Determined to flee the country to heal her broken heart, she takes a job with Ivan, the Earl of Daventry, who is about to travel abroad and needs a secretary to help him with a book he is writing. Pretending to be plain Miss Waites, Tamina is unaware that the Earl has also recently been betrayed by a close friend.

The Earl and Tamina sail on the liner, the Blue Diamond, towards the beautiful island of Madeira. It is a fateful voyage with the discovery of a stowaway as the Earl and Tamina become increasingly attached to each other. How Tamina's deception is uncovered and how her dreams eventually come true is all told in this dramatic romance by Barbara Cartland.

Barbara Cartland was the world's most prolific novelist who wrote an amazing 723 books in her lifetime, of which no less than 644 were romantic novels with worldwide sales of over 1 billion copies and her books were translated into 36 different languages. As well as romantic novels, she wrote historical biographies, 6 autobiographies, theatrical plays and books of advice on life, love, vitamins and cookery. She wrote her first book at the age of 21 and it was called Jigsaw. It became an immediate bestseller and sold 100,000 copies in hardback in England and all over Europe in translation.

Between the ages of 77 and 97, she increased her output and wrote an incredible 400 romances as the demand for her romances was so strong all over the world. She wrote her last book at the age of 97 and it was entitled perhaps prophetically "The Way to Heaven". Her books have always been immensely popular in the United States where in 1976 her current books were at numbers 1 & 2 in the B. Dalton bestsellers list, a feat never achieved before or since by any author.