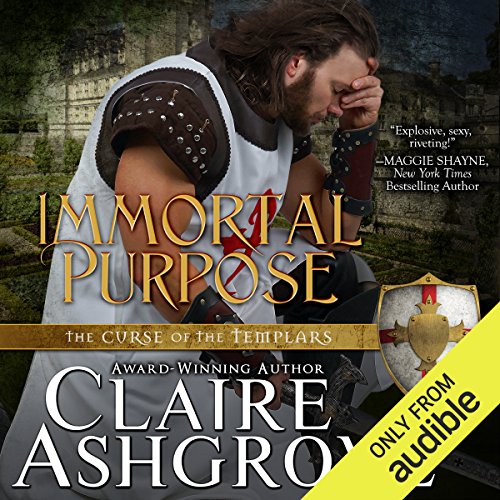 When Alaric le Goix was brutally injured in the fight for mankind, only one thing kept him grounded in the mortal world - Sierra. With the war against Azazel at an end, he returns to France knowing only he must see her. The rest of his purpose is unclear. The knights no longer need a commander, and the role he's held for centuries is unnecessary. Worse, he can't allow himself to indulge in the powerful feelings Sierra provokes, for to do so would be an injustice to her character. She deserves her memories, the past she's forgotten. But when he arrives at the stronghold, she turns his world upside down with one unexpected kiss that leads to far more. Now, all he wants is to make her his forever.

Sierra's wandered for months, lost and uncertain, struggling to recall the past she can't remember. Fed up with her life being in stasis, she determines to create a new existence. One that embraces the desire she feels for Alaric. Yet as she begins to believe she's succeeded, her past crashes into her with the discovery she's engaged to a local politician. And to Sierra's horror, Alaric's determined she'll return to the life she's forgotten.

Alaric can't bear to see her in another man's arms, but his honor demands he let her go. Yet as artifacts from his personal life surface, he can't escape. Sierra soon realizes there's more at stake. Her fiance holds the power to destroy the Order. Somehow, she must uncover her buried memories and prove her suspicion she's Alaric's seraph...before Alaric abandons the Order entirely.

What listeners say about Immortal Purpose