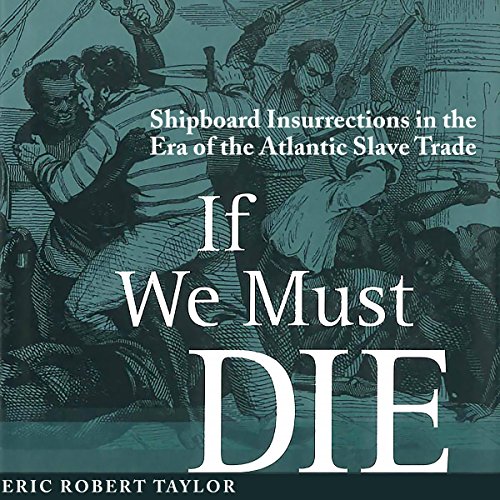 If We Must Die

If We Must Die examines nearly 500 shipboard rebellions that occurred over the course of the entire slave trade, directly challenging the prevailing thesis that such resistance was infrequent or insignificant. As Eric Robert Taylor shows, though most revolts were crushed quickly, others raged on for hours, days, or weeks, and, occasionally, the Africans captured the vessel and returned themselves to freedom. In recounting these rebellions, Taylor suggests that certain factors like geographic location, the involvement of women and children, and the timing of a shipboard revolt, determined the difference between success and failure.

Taylor also explores issues like aid from other ships, punishment of slave rebels, and treatment of sailors captured by the Africans. If We Must Die expands the historical view of slave resistance, revealing a continuum of rebellions that spanned the Atlantic as well as the centuries. These uprisings, Taylor argues, ultimately helped limit and end the traffic in enslaved Africans and also served as crucial predecessors to the many revolts that occurred subsequently on plantations throughout the Americas.

"This is an excellent book that should command the attention of any scholar of slavery." ( The Americas)
"Well researched and ably written, Taylor's study fills an important void in the historiography of the transatlantic slave trade." ( Journal of American History)

What listeners say about If We Must Die