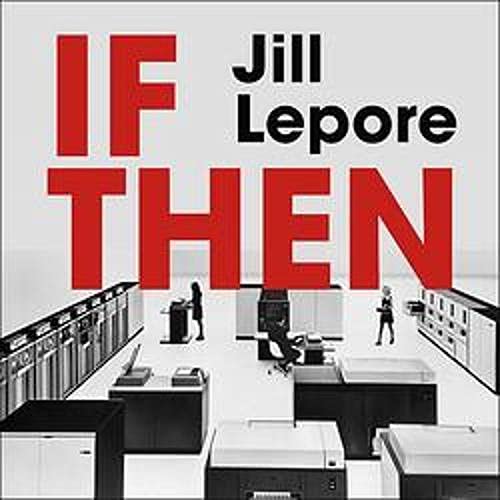 Silicon Valley likes to imagine it has no past, but the scientists of Simulmatics are the long-dead grandfathers of Mark Zuckerberg and Elon Musk. Borrowing from psychological warfare, they used computers to predict and direct human behavior, deploying their 'People Machine' from New York, Cambridge and Saigon for clients that included John Kennedy's presidential campaign, the New York Times, Young & Rubicam and, during the Vietnam War, the Department of Defence.

Jill Lepore, distinguished Harvard historian and New Yorker staff writer, unearthed from the archives the almost unbelievable story of this long-vanished corporation and of the women hidden behind it. In the 1950s and 1960s, Lepore argues, Simulmatics invented the future by building the machine in which the world now finds itself trapped and tormented, algorithm by algorithm.

"Back in the 1960s, long before the denizens of Silicon Valley were infiltrating every facet of our lives, the smart men and women of The Simulmatics Corporation were creating algorithms to predict and even influence human behaviour. Jill Lepore reveals how this forgotten company invented the data-weapons of the future. If Then is simultaneously gripping and absolutely terrifying." (Amanda Foreman)

"An authoritative account of the origins of data science, a compelling political narrative of America in the '60s, a poignant collective biography of a generation of flawed men - Jill Lepore's If Then represents not only a stunning achievement in itself, but a stirring defence of the humanities in our techno-reductive age." (David Kynaston)

"A person can't help but feel inspired by the riveting intelligence and joyful curiosity of Jill Lepore. Knowing that there is a mind like hers in the world is a hope-inducing thing." (George Saunders, Man Booker Prize winning author of Lincoln in the Bardo)

What listeners say about If Then

Fascinating and important history about the birth of social media

The subject matter of this book could not be more timely - the first attempts during the 1950’s and 60’s to use computers to identify groups of people whose behaviour could be predicted and influenced. Facebook, Twitter, and Instagram had to await the arrival of the world wide web, but the ideas are not new, nor the problem of increasingly fragmented electorate. Five stars for content and relevance. If only Audible had commissioned a recording from the quality of vocal artists the material deserves. I am a great admirer of Prof Lepore, but many listeners may find her voice suffers in comparison to professional vocal artists.

This is a fascinating story, particularly in the context of recent revelations about Cambridge Analytica. Unfortunately it's let down rather by a poor reading - the author reads out quotes (of which there are many) in a strange gabble, which makes them rather hard to understand. It's a shame, but still well worth a read, just maybe better on paper.