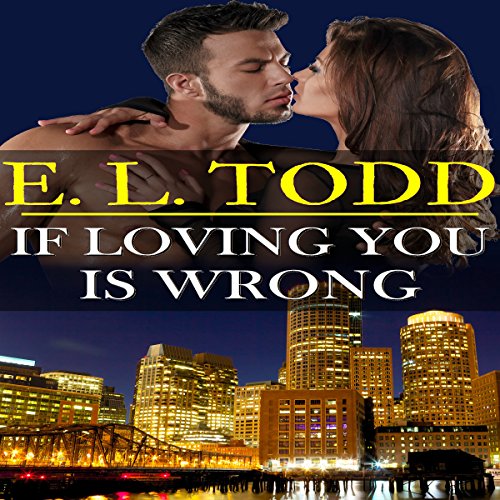 If Loving You Is Wrong

Cayson and Skye enjoy their bliss for the months of the winter season. Every night, they sleep in the same bed. And every waking hour is spent side-by-side. But their physical relationship hasn't taken off. Skye realizes she's afraid to dive into intimacy, realizing they can never go back to being friends if their relationship doesn't work out. When she confesses this to Cayson, his response changes everything.

Slade is enjoying his single life more than he should. Out with a different girl every night and having his freedom is what gives him most joy. But when Trinity makes a stupid decision and gets herself in a dangerous situation, he drops everything just to help her. But his help is unappreciated. Fighting like soldiers across a battlefield, Slade despises Trinity and wishes she would just disappear. But when a war between them emerges, along with glasses of beer and whiskey, the unexpected happens. A night of drunken sex against the wall of his apartment building both give them the greatest satisfaction they've ever known. But what will that mean for them?

What listeners say about If Loving You Is Wrong

I'm addicted to these books. Writing four character points of view can't be easy.
I really enjoyed hearing about each character. Amazing! Trinity and Slade getting to know each other was cute! Skye and Cayson are so good together. I love how they are all so close and spend time together as a family. Can't wait to see what happens next. And hoping to read more about Silke and the others. And can't wait to see how Trinity and Slade turn out.

Thoughts on if loving you is wrong

I liked the parts of the book that talked about natural love and relationship struggles and good times. It was easy to relate to, and not a book I had to focus on to understand every character and event, I could just enjoy the story.
One of my favorite parts was when Cayson Gave Sky the engraved bracelet with charms on their special night. I thought it was really sweet that she would have something tangible to wear to go with remembering their special night.
I can't really think about things I didn't like... Other then maybe less swears.

Amazing and so very awesome.

I have enjoyed this book! It's very hard to put down. I tend to lose sleep because it is so good. I can't do to start the next book in this series!! I'd like to see it come out to the library's because it's such a great series!!