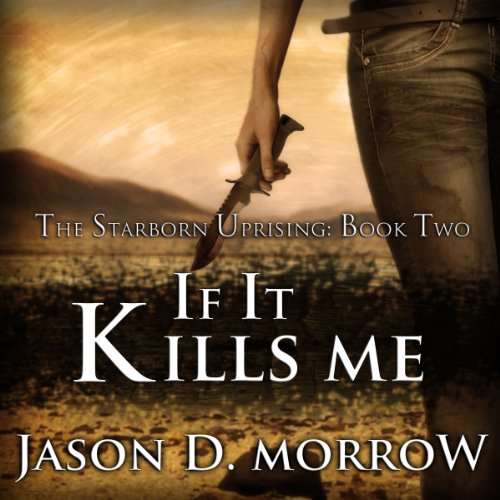 If It Kills Me

If It Kills Me

Overconfidence has no place in a world where the dead rule. Nineteen-year-old Mora has learned this the hard way. After a conflict in the colony of Salem that left hundreds of people dead, Mora and her Starborn allies have been branded as fugitives by Jeremiah, the leader of Screven.

Now, Mora must prove to the world that she isn't the enemy, and that hope for the future lies with the Starborns, not Jeremiah. To do that, she must find out the truth behind the origins of the dreaded greyskins that roam the Earth, attacking villages relentlessly.

But more than that, she must protect her family. The Starborns attempt to set up a base at her home, Springhill, but it only brings more turmoil. With a mentor channeling her dreams of the past, and two rival brothers fighting for her love, Mora learns of a new enemy that threatens to bring them down before the revolution can even begin.

This story explores romance, betrayal, and death, 60 years into a zombie apocalypse. Recommended for ages 16 and up.

The second book in the series, had the most going on. it was quite fast paced for my taste, with a lot to remember, and especially nice presentation idea for the past long gone. there are no significant time skips of the main story, so all of them go pretty much linear. but it was a memorable read in the end.

I really enjoyed this.

I love the way the story wraps around everything. They characters are written so well.