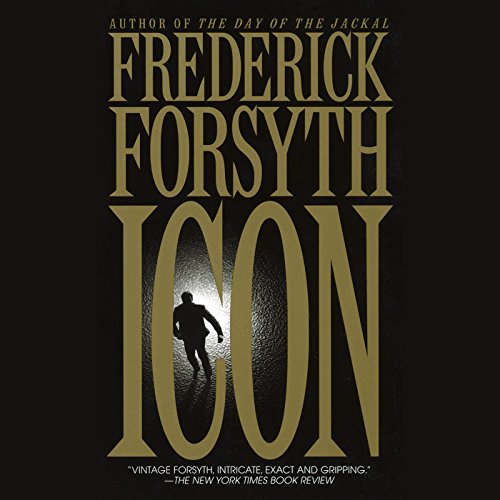 It is summer 1999 in Russia, a country on the threshold of anarchy. An interim president sits powerless in Moscow as his nation is wracked by famine and inflation, crime and corruption, and seething hordes of the unemployed roam the streets. For Igor Komarov, one-time army sergeant who has risen to leadership of the right-wing UPF party, the chaos is made to order. As he waits in the wings for the presidential election of January 2000, his striking voice rings out over the airwaves offering the roiling masses hope at last - not only for law, order, and prosperity, but for restoring the lost greatness of their land.

Who is this man offering the promise of a Russia reborn? A document stolen from party headquarters and smuggled to the West sends nightmare chills through those who remember the past, for this Black Manifesto is pure Mein Kampf in a country with frightening parallels to the Germany of the Weimar Republic.

Officially, the West can do nothing. But in secret, a group of elder statesmen sends the only person who can expose the truth about Komarov into the heart of the inferno. Jason Monk, ex-CIA and "the best damn agent-runner we ever had," had sworn he would never return to Moscow, but one name changes his mind. Colonel Anatoli Grishin, the KGB officer who tortured and murdered four of Monk's agents after they had been betrayed by Aldrich Ames, is now Komarov's head of security.

Monk has a dual mission: to stop Komarov, whatever it takes, and to prepare the way for an icon worthy of the Russian people. But he has a personal mission as well: to settle the final score with Grishin. But to do this he must stay alive.

Forsyth at his very very best.....

I have to say that this maybe my favorite audio book ever. I have listened to it many many times and each time I find something new. Forsyth's ability to construct a plot around real events is just amazing. If you buy you'll be entertained and you'll learn lots as well.

I didn't like this and I didn't listen to more than the first few pages. It was a big disappointment because I enjoy Frederick Forsyth's books, his style of writing etc, and I had enjoyed listening to 'The Afghan'.

As Forsyth is such an English writer, I was surprised and disappointed that the reader is American. I hadn't realised that. I find it very difficult to listen to American readers - I've found that with other audiobooks.

I read this book a few years ago. There are some things I miss in the abridged version, but the story is still amazing. Moreover, the narration is really, really good. If you like spy / mystery novels, you'll love this book.

My husband & I have loved Icon since it was first released. He introduced me to Icon with an abridged tape recording well over 25 years ago. I played the tapes so often one broke. I bought the book & we've both read it more than once. I love Stephen Lang's voice & how he brings the characters to life. His voice & skill in narrating the story is a great combination in this great read.

Another Forsyth classic. A must read for Forsyth fans. Krrps you asking ehat happens next. Brilliantly narrated.

Catching story. Forsyth at it's best. This book honors the day of the jackal. Excellent

Wonderful, as usual another great story with interesting characters and suspense.