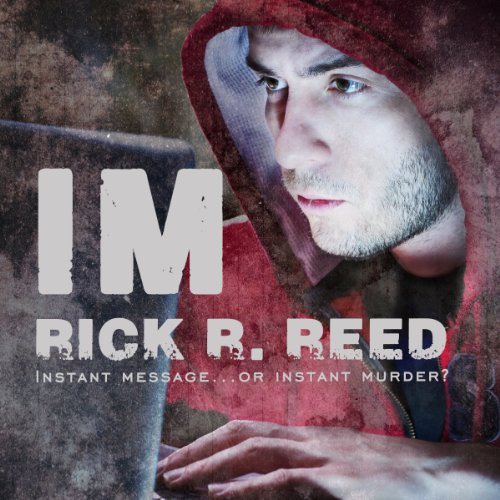 The Internet Is the New Meat Market for Gay Men Now a Killer Is Turning the Meat Market into a Meat Wagon.

One by one, he's killing them. Lurking in the digital underworld of Men4HookUpNow.com, he lures, seduces, charms, reaching out through instant messages to the unwary. He's just another guy. They invite him over. He's just another trick. Harmless. They're dead wrong.

When the first bloody body surfaces, openly gay Chicago Police Department detective Ed Comparetto is called in to investigate. Sickened by the butchered mess of one of his brothers left on display in a bathtub, he seeks relief outside where the young man who discovered the body waits to tell him the story of how he found his friend. But who is this witness...and did he play a bigger part in the murder than he's letting on?

For Comparetto, this encounter with a witness is the beginning of a nightmare. Because this witness did more than just show up at the scene of the crime; he set the scene. And maybe, he's more than just a killer...maybe he's dead himself.

Comparetto is on a journey to discover the truth, a truth that he needs to discover before he loses his career, his boyfriend, his sanity...his life. Because in this killer's world, IM doesn't stand for instant message...it stands for instant murder.

What listeners say about IM

When choosing this book, I thought I was about to read an adventure surrounding a detective murder mystery, with a twist. I was prepared for that. What I got was a bit disconcerting. Initially I thought the character Ed Comparetto was the protagonist, an openly gay detective set out to discover who is killing members of his community. Then we meet Timothy Bright, who in my opinion was the actual protagonist, and the entire dynamic of the story seemed to change. It was odd. There were so many inconsistencies throughout the story that I stated at one time, Ed is acting like a poorly written character in one of them awful "B" rated Syfy television movies. And it just kept getting worse. The implausibility of some of the story was almost unbearable. Recommend, I really cannot say. Some will enjoy this story and others, not so much. It's not so bad that I want to get my money back, but I am not sure I will listen to it again. It's a crap match...

I 'read' this book in its audio format so my enjoyment was impacted by a number of factors: the plot, quality of the story, style of the telling, characterisation and finally the narration. Ideally I would like to be able to assess the two components (the story and the narration) separately but actually find the narration has too much direct impact on my views of the story to do this effectively.

This is a mystery/thriller and is a beautifully crafted tale that takes the listener deep into a darker side of the world of internet hook-ups. It plunges straight into a series of brutal murders. It is blunt and graphic and violent and horrific. The murders are descriptive, grossly so, with descriptions of sights, sounds, smells and feelings giving a sense of realism to the scenes. It was almost like being plunged into an episode of Criminal Minds.

During the early part of the story, we are introduced to the various murder victims before they face their final moments. Even though each of these characters only play a short role, the author does a wonderful job of bringing a real personal element to each one. He describes their homes, personal traits and provides an insight into each man's emotional state. We learn how feel about their online hookups and the men they meet and what they are really looking for in life - and all are looking for love.

Ed Comparetto is the main focus of the story (apart from the killer). He is a cop who gets caught up in the murder investigation but ultimately gets suspended. I am not sure why the killer singled Ed out but contact from the killer and a desire to get his job back gives him no choice but to solve the mystery himself. While going through this really difficult period in his life, Ed meets Peter, which adds a romance element to the story. But mostly this story is focused on Ed's efforts to catch the killer.

It is difficult to talk about the killer and other characters without giving away the plot so I will keep it short. I thought the character of the killer was brilliant. He was perfectly creepy and his true evil nature was evident. There were some devices used in the story (such as diary entries) which provided a fabulous view into the past and the pyschy of the killer. A word of warning that the story does have some scenes, apart from graphic murder, that could be upsetting to some readers (pedophilia and rape references).

Now to the narration which was brilliant! I am not an expert (I've only listened to 3 other audio books) but truly believe this guy (Taavi Mark) got it right. The accents were perfectly suited to each character and he switched effortlessly between them.

He mastered the voice of the killer, truly adding a real sense of creepiness. The voice is breathy but chilling. It was quite clever how the killer's breathy voice deepened when he was switching into character for his IM hook ups which even included when he was reading them.

This story had large sections of dialogue and switched between different characters points of view so it was even more important to get the voices right - it wasn't just small sentences here and there but large tracts of narration while in character. One of the significant characters was female and I found her voice (the pitch, tone, accent and inflections) perfect!

It is really hard to make this claim because I hadn't read the book first but I'm going to put it out there anyway - I think listening to this book actually added to my enjoyment. I felt the use of the voices, particularly the killer and his family member, actually helped immerse me into the story, added to the atmosphere and gave a great sense of the emotion.

In summary, I highly recommend this story for lovers of a good graphic, murder thriller (it's focus is not romance) and the audio book is excellent.

The background echo is very distracting

The story seems to be very good and I will be finishing the book but I came very close to not getting past the first chapter due to the distractionary background noise going on. The narrator gives little to no variance to signify different characters.

What made the experience of listening to IM the most enjoyable?

The challenge of a good narrator if he (in this case) can project enough voice variation to discern each character and still come across authentic enough to keep the listener engaged, to not sound dull or boring by simply “reading” a script. Tavvi Mark is able to perform this act and much more, especially in the case of the psychotic killer, who comes across as decidedly eerie.

What was one of the most memorable moments of IM?

Let me just say right off the bat, this novel is out-and-out scary, but it’s the narrator’s voice that makes the experience downright creepy. I felt Tavvi Mark had perfectly captured the serial killer’s state of mind, but his voice inflections were spot-on, to the point where listening to the words of Reed’s awesome novel became bone-chilling.

Oooh, too many to name, but the one that stands out the most is when one of the killer's potential victims is able to survive and attack....scary!

Who was the most memorable character of IM and why?

Well, I loved ex-cop Ed and his boyfriend, Peter, of course - but I would have to say the most memorable was the killer because he's just downright creepy, scary and psychotic as hell - all things necessary for a thrilling, suspenseful serial killer novel!

I greatly enjoyed the romantic sub-plot between Ed and Peter and would love to know more of their story, should Mr. Reed endeavor as he has done with other unforgettable characters readers have grown to love.