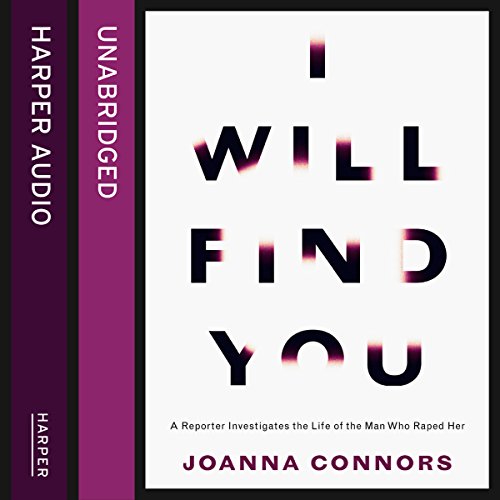 I Will Find You

I Will Find You

A compelling and hard-hitting memoir which follows one woman's search, 20 years after the attack, for answers about her rapist.

Joanna Connors was 30 years old when she was raped at knifepoint by a stranger. After this horrifying trauma, she became afraid of everything - flying, driving, travelling in a car while someone else drove. She had children but hovered over them constantly, terrified about what might happen to them as well. Then, when her daughter was 16, Joanna began to confront the fear that had ruled her life ever since that day and decided she needed, finally, to understand.

In an act of breathtaking humanity and pioneering journalistic courage, she went in search of the story of her own rapist, determined to find out who he was, where he came from, what his life was like - and what leads a person to do something as destructive as what he did to her. The result of her investigation is I Will Find You, a shocking, moving memoir and a brave, timely consideration of poverty, race, class, education - and how life shapes who we become.

"Magnificent, necessary, unflinchingly honest." (Jon Krakauer)
"Raw, compelling, deeply affecting." (Polly Vernon)
"Is it possible to call the story of a violent rape and its haunting aftermath a thing of beauty? This lucid, powerful memoir becomes its own form of redemption, as a seasoned reporter turns her gaze on her own life and that of her rapist's. A profoundly moving, important and, yes, beautiful book." (Dani Shapiro, author of Still Writing)
"The most important book on rape since Susan Brownmiller's Against Our Will. Honest and strong, riveting and terrifying, heartbreaking and utterly unsentimental. This book will change lives and minds." (Mary Doria Russell, author of The Sparrow)
"A sobering, masterful, and meticulously researched exploration of the crime but with a twist: Connors plumbs the depths of her attacker and the culture of violence that made him a rapist. Understanding radiates from every page in prose that is crisp and full of unexpected notes of grace." (Beth Macy, New York Times best-selling author of Factory Man)

Not what I was expecting. A woman goes through a traumatic experience and deals with it by trying to find out more about the perpetrator and his background. I found the concept for the book interesting but the author seems to keep the reader at a distance throughout. Because of a this,the book lacked emotion for me and the quest to discover his background became the focus rather than it being about the author herself.