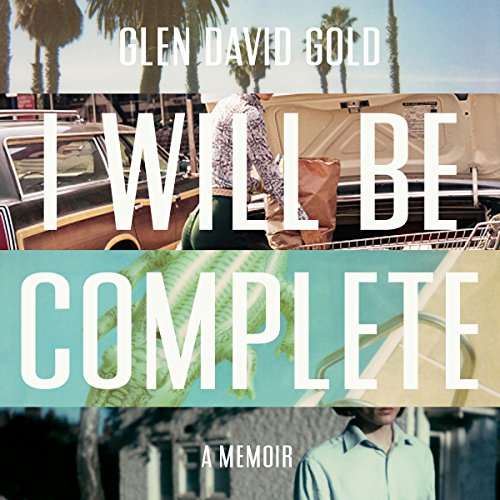 I Will Be Complete

From the best-selling author of Carter Beats the Devil and Sunnyside, a shocking, big-hearted memoir about his bizarre upbringing in California in the 1970s and how he survived it.

Glen David Gold grew up rich on the beaches of 1970s California, until his father lost a fortune and his parents divorced when he was ten.

Glen and his English mother moved to San Francisco, where she was fleeced by a series of charming con men and turned increasingly wayward. When he was 12, she took off for New York without telling him, leaving him to fend for himself. On midnight streets and at drug-fuelled parties, wise-cracking his way through an alarming adult world, Glen watched his mother's countless, wild attempts to reinvent herself.

In this exceptional memoir, acclaimed novelist Glen David Gold captures his bizarre, lonely upbringing and how it shaped him as an adult with stunning insight and unsparing candour. Shocking, mordantly funny and achingly affecting, he tells an unforgettable story of the years he spent trying to rescue his mother - and his ultimate realisation that only by breaking free could he ever hope to be complete.

"The prose is crystalline, hard as real diamonds, flashing, revealing. The story is simple, just a boy and his mother's long disintegration, but the journey is darkly complicated, heartbreaking, beautiful as hell." (Mark Childress, author of Crazy in Alabama)

What listeners say about I Will Be Complete