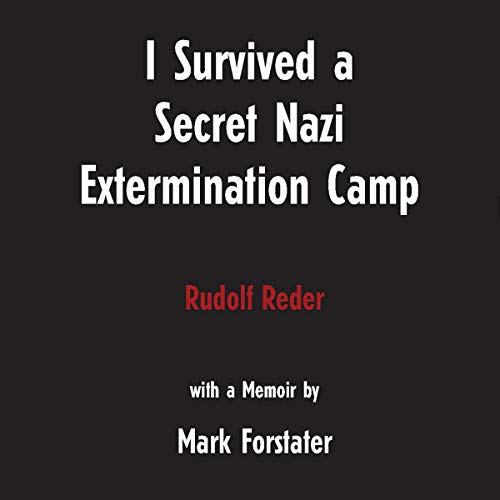 Rudolf Reder was the only postwar survivor of Belzec, an infamous Nazi death camp where 700,000 Jews were killed in a few short months. David Suchet reads Mr. Reder's little-known but remarkable and shocking firsthand account of how the SS organised death on an industrial and inhuman scale. Mark Forstater provides an introduction to the audio and adds a personal memoir of his own family, and how he discovered Mr. Reder's witness statement.

What listeners say about I Survived A Secret Nazi Extermination Camp

This audiobook is two different things, one is the amazing and tragic story of a death camp survivor. That part of the book is amazing, it's well produced, well read, it's very moving and tragic. However after this horrible and amazing the story, which takes up probably 2/3rds the book, the author tags it with a story of his family and upbringing and his journey to create the book. The authors story 1) isn't very interested and by far the biggest point 2) is completely out of place is a story of this gravity. Considering that the death camp survivor story has nothing to do with the author I'm sure the author felt the need to place in filler since he obviously didn't write anything, he just took an already transcript series of events and wrapped it with his out of place writings, which is why I give it overall only 3 stars but give the performance and story 5 stars.

This is a great first hand account of the horrible things that happened in this unimaginable time in history. A good read for any person interested in WWII.