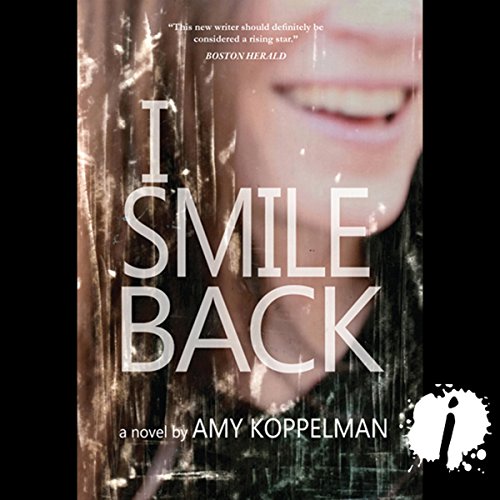 This is an Audible IndieFirst selection.

We live in an era that believes in the idea of rehabilitation and counts on the possibility of redemption. The thing is, not everyone gets better and even those who find salvation often leave a wake of destruction behind them.

In the follow-up to her acclaimed debut, A Mouthful of Air, which drew comparisons from critics to The Bell Jar and The Awakening, Amy Koppelman delivers an unrestrained statement on the modern suburban woman.

Laney Brooks acts out. Married with kids, she takes the drugs she wants, sleeps with the men she wants, and disappears when she wants. Lurking beneath Laney's composed surface is the impulse to follow in the footsteps of her father, to leave and topple her family's balance in the process.

"This crushing novel by the author of A Mouthful of Air is a shocking portrait of suburban ennui gone horribly awry. Koppelman's prose style is understated and crackling; each sentence is laden with a foreboding sense of menace. Like a crime scene or a flaming car wreck, it becoems impossible not to stare." (Publishers Weekly)

This is not a feel-good story. Laney Brooks is selfish, self-destructive, and twisted. However, the raw honesty of her character kept me (mostly) on her side while providing a dark glimpse into the seedy underbelly of a struggling housewife's facade.

Not as good as her first-but worth a try!

After being blown away by "A Mouthful of Air" which was so detailed and moving, and yet not an upper, this doesn't really compare. I think the first book blew this one away and set the bar very high. Definitely a sad subject but the depth of character didn't seem to be quite the same as the first book. Will not give up on author....lots of potential!

not worth your time

This book is depressing not because of the story, but because the reader realizes they wasted a credit on drivel and time listening to it they'll never get back.

To say the very least, this book can be depressing. It's not a happy story, nor a happy ending. But, for anyone who has know someone who is like the main character it is an interesting insight to how their thinking processes work. I was very close to someone like this for many years. I was the person she talked through all her stuff with. Listening to this book brought very sad memories to mind, but also very happy ones. At the very least the book helps you to see things from their prospective even if the actions are inexcusable. I will just say the book hit home.