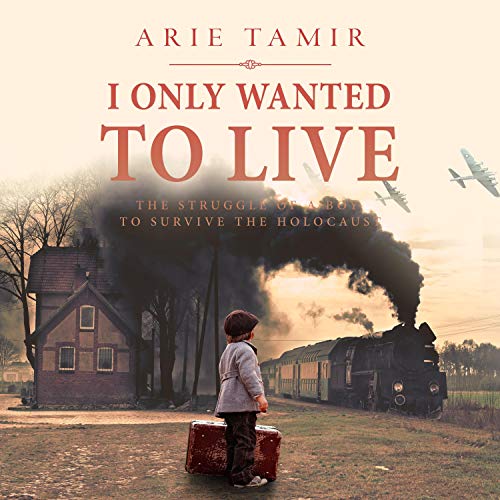 I Only Wanted to Live

By: Arie Tamir
Narrated by: Martin Landry
Try for £0.00

When Leosz was only six, his life changed completely. World War II broke out in 1939, sweeping the young boy into the whirlwind of the holocaust.

For six long torturous years, Leosz sees and goes through everything: myriads of overcrowded transports headed for concentration camps, life on the streets of occupied Poland as an abandoned child, hiding from cruel Nazis, forced labor under conditions of starvation, and the constant threat of death.

Only one thing kept him safe: his unwavering will to go on living.

This is the incredible, inspiring story of a little Jewish boy who managed to survive all possible levels of hell as he clung on to life.

What listeners say about I Only Wanted to Live

The story deserves respect. That is why I gave it the score I did and did not quit listening.

The narrator's performance was almost painful. It sounded metallic and like it was synthesized. The rate and intonation did not change. It was a hard thing to listen to.

All personal stories are unique in their own ways. The story itself was kinda slow and too detailed, but pretty good. The narration was horrible. I noticed the narrator made a lot of mistakes and mispronounced words

I have no idea if the story was any good or not the narrator was so bad I couldn't listen to it. Shame