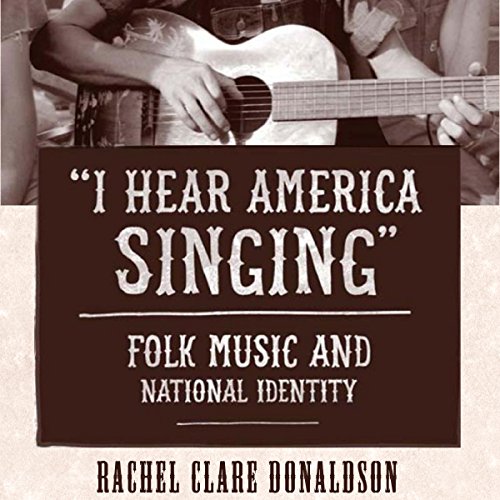 Folk music is more than an idealized reminder of a simpler past. It reveals a great deal about present-day understandings of community and belonging. It celebrates the shared traditions that define a group or nation. In America, folk music - from African-American spirituals to English ballads and protest songs - renders the imagined community more tangible and comprises a critical component of our diverse national heritage.

In "I Hear America Singing", Rachel Donaldson traces the vibrant history of the 20th-century folk music revival from its origins in the 1930s through its end in the late 1960s. She investigates the relationship between the revival and concepts of nationalism, showing how key figures in the revival - including Pete Seeger, Alan Lomax, Moses Asch, and Ralph Rinzler - used songs to influence the ways in which Americans understood the values, the culture, and the people of their own nation.

" 'I Hear America Singing' is a very impressive intellectual history of the folk revival that expands its boundaries as it extends our understanding." (Ron Eyerman, Yale University)

Thoroughly enjoyed this book and found it full of information.
Really open my views on a complicated subject.