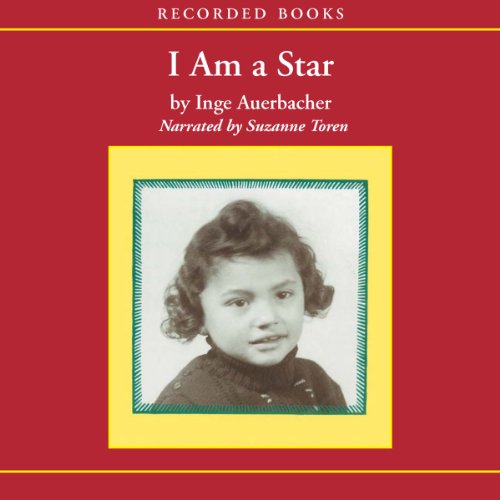 I Am a Star

I Am a Star

Inge Auerbacher is a happy German girl when the nightmare begins. Six-year-old Inge is made to wear a yellow star to identify her as a Jew. As the Nazis gain power, her family is subjected to greater and greater horrors. Their home and citizenship are taken away. Inge’s relatives are sent away, and she and her parents are forced into the Terezin concentration camp in Czechoslovakia.

Background material on Hitler, the Nazi plan, and World War II provides a helpful context for understanding Inge’s experiences. But it is Inge’s own story, told from a child’s point of view, and sprinkled liberally with her poems, that makes this chapter of world history personal and compelling.

I Am a Star will take its place among the classics of Holocaust literature—alongside such works as Anne Frank: The Diary of a Young Girl and Night. Narrator Suzanne Toren artistically conveys the book’s full gamut of feelings—from playful innocence to utter horror.

"Her perspective, while chilling, pierces the heart with memorable imagery, such as envying the birds, which are free to fly away from the camp." ( Publishers Weekly)

I like reading these accounts, so I gave it a 4 star, but it was too short to really tell a story. Other than that, it's worth reading.