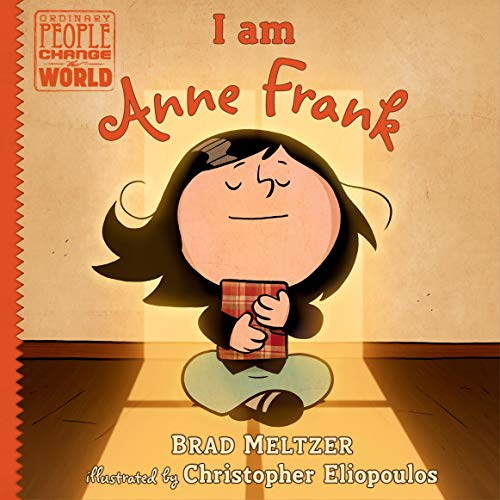 I Am Anne Frank

The 22nd book in the New York Times best-selling series of biographies about heroes tells the story of Anne Frank, the young Jewish girl who documented her life while hiding from the Nazis during World War II.

This engaging biography series focuses on the traits that made our heroes great - the traits that kids can aspire to in order to live heroically themselves. Each book tells the story of an icon in a lively, conversational way that works well for the youngest nonfiction listeners. This volume features Anne Frank, whose courage and hope during a time of terror are still an inspiration for people around the world today.

What listeners say about I Am Anne Frank