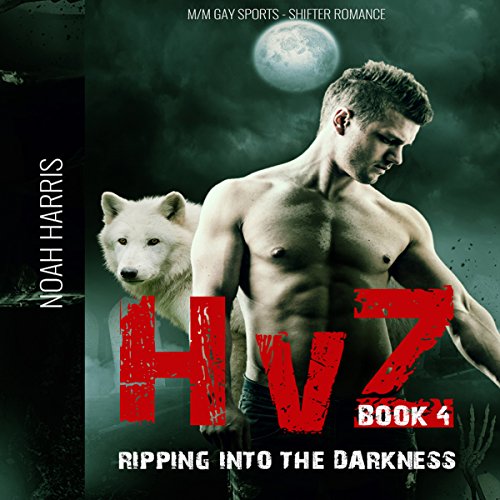 HvZ: Ripping into the Darkness

HvZ: Ripping into the Darkness

With his freshman year of college over and summer already in the air, Lucas Brown is more than happy to have finished his spring semester with all A's and Salem State's official promise to continue funding his scholarships. Excited and relieved to take a break and begin his first college summer vacation, he's spending his first few lazy days just sleeping in and half-heartedly unpacking the moving boxes at his new apartment. Well, his and his boyfriend's, Dean Gray.

Waking up late and going to bed much, much later, Lucas has never had it easier. And, as werewolves, he and Dean are taking their relationship slow, just as nature intended.

Only, Dean just told Lucas that his grandmother is coming to visit, and she has a much more traditional idea of how an Omega and an alpha should be living together.

An old werewolf from the prestigious Gray pack with a soft spot for her favorite grandson and a critical eye for Lucas, Grandma Gray isn't about to let them off easily, especially when neither of them can seem to appease her with a good reason as to why they are not already mated to one another.

As Lucas struggles to appease both his nagging future in-law and his frustrated boyfriend, he quickly learns that, sometimes, love is a lopsided balance of playing nice and growing a pair.

DISCLAIMER: This book contains sexually explicit content that is intended for a mature audience only.

Love the short stories but I want more please ... need to know if they have babies and mate before grandma dies x

A Disappointing end to the series...

First, the title of the book, Ripping Into the Darkness, and the story do not go together. Was a bit confused. Of the four books, this was my least favorite. I understood the development of the two primary characters, Lucas and Dean but there is a lot left unanswered as far as these characters are concerned and that is very disappointing. I do like the fact that there was realism in paranormal story...grannie and Lucas are not going to be the best of buds, never going to happen. So not the best in the series but a good read and still some unanswered questions and from reading the reviews, apparently the author is not writing any further stories, which is again, very disappointing. The final book in the series, so one must read (listen).

I like the story but the narrator is reading this book really weird and it sounds horrible. I really like the first and third books. He read those two with more enthusiasm and character also he didn't sound like he was trying to hard to sound sexy or sensual. Book tour's narration got obnoxious quick. Sorry just wish he would have read it the same as the previous three.

One Great Book. A Must Read!

Harris has done it again. He has brought together, fun, love, sex and family into a story that captures you and you just have to read the rest of the series. The narrative was very good, with the telling going smoothly through the story.