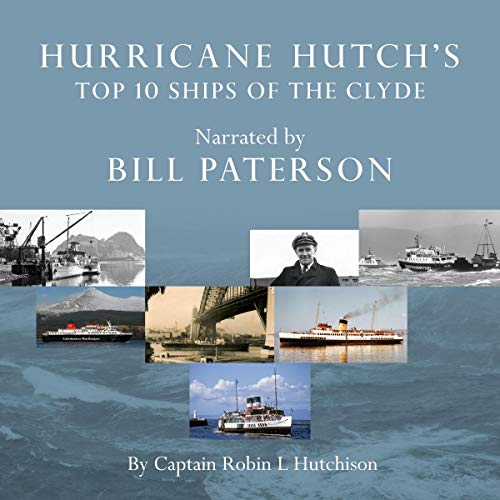 Bill brings his natural warmth and authenticity to the story of one of the Clyde's longest-serving captains. Part social history, part memoir of a man who loved the sea, it’s also a story about ships and shipping. The Scottish Daily Mail described it as "Wry, sometimes daunting, a lifetime as a master mariner."

A unique personal perspective on the Clyde, its people, and its ships, it’s the story of a fast-fading era. Sharp, witty, and evocative, it's a must for any lover of Scotland’s coastal communities.

Robin ran away to sea aged nine, during the Second World War. He sailed the world - the Far East, Australia and New Zealand, Africa, the Mediterranean, and even to South America and Cape Horn - before finally returning to the Clyde in the late '50s, rising to become one of Cal Mac's most respected skippers.

In picking his personal Top 10, Robin also charts the changes he saw over 40 years at sea; the iconic "steamers" gradually giving way to the more functional car ferries and even the launch of luxury cruising around Scotland’s majestic West Coast. His last command was as master of the luxury cruise ship Hebridean Princess. In one single three-week rota, he once captained 19 separate vessels, so there is not a ship nor a pier he didn't know.

Funny, sad, enlightening, and always well observed, it's a true celebration of an era.

"A popular steamer captain proud he never lost anyone at sea." (The Times)

"Robin is an excellent storyteller, with an eye for detail and a well-developed and gentle wit." (Ian McCrorie, CalMac historian)