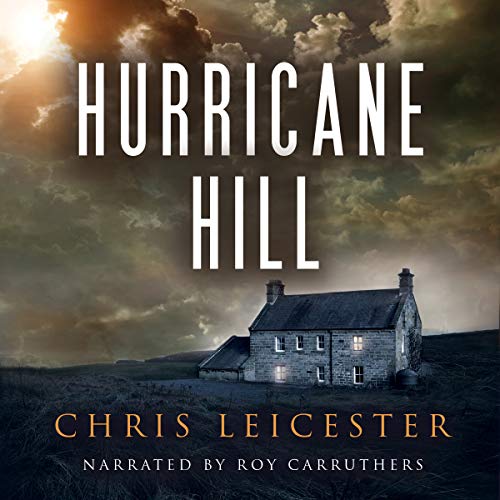 By: Chris Leicester
Narrated by: Roy Carruthers
Try for £0.00

Focusing on the political unrest of the 21st century, Hurricane Hill is a fast-paced novel that examines the bond between soldiers on the battlefield and the effects that going to war has on an individual's mentality. Hurricane Hill centers on the moral dilemma: Which life is more valuable, that of a child or a brother-in-arms?

Out in Helmand, the Insurgents are using children as young as seven as decoys in fire fights. Paul Glover, a young soldier, has to decide whether to follow his training and treat the children as normal soldiers and shoot to kill or be killed. Having become a new father himself, Paul's actions come back to haunt him, and he is left asking himself whether he's done the right thing.

When Paul arrives at the isolated house of a famous recluse, his past is finally faced. Hurricane Hill shows us past lives, events, and reasons for the extraordinary predicaments that the characters find themselves in. As the storm advances and threatens to destroy each of them, the young soldier's question is examined, challenged, and ultimately answered.

What listeners say about Hurricane Hill

Chris Leicester provides with Hurricane Hill a very interesting audition for those looking for a new, fast-paced, military thriller that not only addresses the drama and the thrills of young men sent to fight for their country, but also the traumatic consequences that war has on their minds. Be assured, I won't spoil anything for you, as I would like for you to discover the story on your own, but I can add that this book will mark you for at least a few weeks.


The audiobook version of Hurricane Hill is performed by Roy Carruthers. He is a good narrator, acting the entire book with passion and enthusiasm, using a multitude of different voices and accents to bring all the characters to life. Sadly, sometimes he seems to be overacting everything… and because of that I didn't connect with him as much as I usually do with other voice over ariists and narrators.