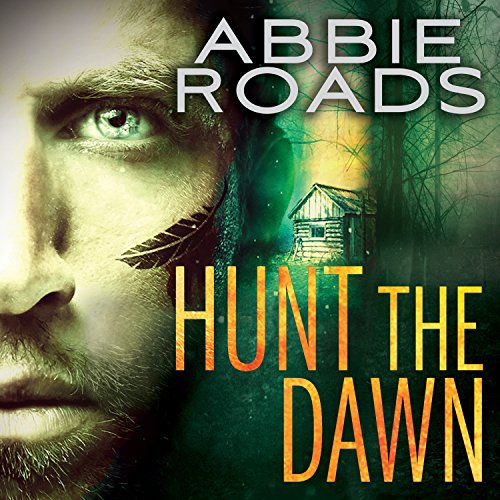 You can't hide your secrets from Lathan Montgomery - he can read your darkest memories. And while his special abilities are invaluable in the FBI's hunt for a serial killer, he has no way to avoid the pain that brings him. Until he is drawn to courageous, down-on-her-luck Evanee Brown and finds himself able to offer her something he's never offered another human being: himself.

Nightmares are nothing new to Evanee Brown. But once she meets Lathan, they plummet into the realm of the macabre. Murder victims are reaching from beyond the grave to give Evanee evidence that could help Lathan bring a terrifying killer to justice. Together, they could forge an indomitable partnership to thwart violence, abuse, and death - if they survive the forces that seek to tear them apart.

Even better than book one.

I loved the main characters. They didn't have a real smooth trip through the book, but their strengths were compatible. Bad things happened, but how do strong relationships grow without adversity. Highly recommended.

I thought book 1 was good (and it was GREAT) but this one... this one had me on the edge of my seat! Literally. Talk about a wild ride on the preverbal, yet literal crazy train. I really can't wait for more from this author!

Lathan has his work cut out for him when he first meets "Honey" (Evanee). She is in trouble and her step brother, aka the man who needs his nuts cut off, gets in Lathan's way of helping. Needless to say THAT didn't go over well. LOL After that Lathan, being drawn to her the way he is vows to himself to keep her safe. Though.. trouble always finds this poor girl. If it's not one thing it's ten other things all coming at her, fork tines bared and ready to take a stab at her.

Lathan, while trying to track down a serial killer, and now keeping an eye on Honey gets wrapped up in a tangle of webs that almost gets him and Honey taken down for the count. Multiple things pile up on his door at once. If not for their connection all could be lost...

I definitely recommend Hunt the Dawn. At one point, I was driving and my heart was pounding so fast that I had to pull over to avoid getting into an accident. The story was unique, intense and dark.

Usually, I don't go for this genre, but Abbie Roads did such a remarkable job that I picked up her next book &quot;Saving Mercy: Fatal Truth Series, Book 1 &quot;. I haven't listened to it yet, but have a feeling it will be just as good.

The narration by Roger Wayne performance was absolutely Flawless. He has an amazing tone and draws the listener into the story. I will definitely listen to more of his work. Roger Wayne is by far one of my favorite narrators.

WOW!!! A THRILLER YOU CAN'T STOP LISTENING TOO!!!

THIS BOOK SUCKS YOU IN AND DOESN'T LET YOU GO ..... THE STORY COULDN'T OF BEEN WROTE ANY BETTER... THE NARRATOR COULDN'T OF TOLD THE STORY ANY BETTER TO BRING THE WORDS ALIVE.

what can i say, this was a special book, i was pulling for the H&h there is something so special about this series, i am rarely invested with characters but this series has me i am in love with the writing, the storytelling is incredibly beautiful, i actually cried again! you must must must read this book 💕

Fearless and Bear live on

This series got even better with this second book. Lathan and Evanee both lived through hellacious circumstances and only blossomed when they found each other. A true love story!

I said I wasn’t going to read this book after reading Race the Darkness and finding it toooo unbelievable, even for a paranormal. But, I decided to give it a try since there are only the 2 books in the series.

First of all I don’t like authors who pick a pet name for the heroine and that’s all she uses. In the case of Evanee and Lathan he called her “honey” about 160 times. Really? At least in the first book, Race the Darkness, Xander only called Isleen “Babe or Baby” 44 times. (Unfortunately I detest “babe or Baby,” but don’t mind “Honey” near as much. Eventually, she simply became Honey, Evanee was forgotten. Whatever.

I don’t know how I feel about Lathan being able to “smell” what’s on a person’s mind; anger, love, death, lust, fear, cancer and the meds you have to take for it, everything? From everyone around him? That sounds pretty gross. AND I’m not sure how to feel about Evanee having nightmares and having something in her hand when she wakes up (yuck): an eyeball and a wad of hair with a tooth lying on top of it were the first two things she had, both from corpse-y type people she met in her nightmares. And that was just the first 30% of the book.

THEN, Junior comes in and shoots Lathan and jumps Evanee THEN the serial killer The Strategist shows up and takes and unconscious Evanee with him. Sooo, while James (The Strategist) washes all the blood off of her he has his fingers between her legs and decided to beat-off while playing with her unconscious body. EWWW! When she comes to she’s in a bunker with him and she so depressed that Lathan is dead she doesn’t care about anything. Here’s where I had another problem, James picks her up off the bed, takes her into the bathroom, where she proceeds to “empty her bladder” and then HE wiped her! EWWW again. Was that really necessary? And then we had a moment of Stockholm Syndrome when with Evanee when she was rescued. The chances of me ever reading this author again are very slim.

There was explicit sex and the F-bomb was used 166 times.

This has been one of the better books I have read/listened to in awhile. I laughed, cried, then did them both again. I really could feel the emotion the author was trying to portray. Abbie hit a home run in my book. And I look forward to reading more of her books. And the narration was right on for me. I was wowed....