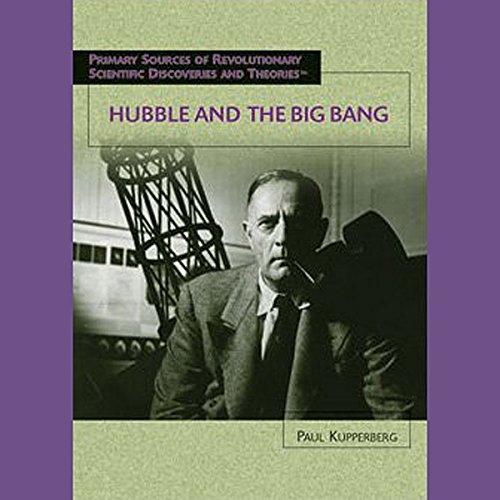 Hubble and the Big Bang

Hubble and the Big Bang

This riveting audio explains history's most exciting discoveries. In this series, listeners will travel back in time, experiencing the lives and cultures of some of the world's greatest scientists. This audiobook helps students gain perspective on the scientific climate surrounding history's greatest scientific discoveries and theories. This series is an eye-opening addition to any library.

Edwin Hubble’s discovery of the Big Bang is one of the most important in astronomy and physics. It taught us where the universe came from and how it might end. Students will learn how Hubble’s early, unprecedented photographs of pulsars served as one of the first clues along the path that led him to the discovery of the Big Bang. Listeners will also discover how Hubble’s discovery opened up new doors to information about the universe.

"Paul Kupperberg introduces upper elementary students to the life, times, and discoveries of Edwin Hubble, a premier American astronomer, for whom the Hubble Telescope was named. Jay Snyder presents the material in a clear professorial voice that will engage young students interested in the mysteries of the universe. Although the concepts are complex, Snyder's careful, concise delivery helps the listener stay engaged. Hubble's life is placed in the context of the history of cosmology, an approach that shows how his studies and discoveries tested and verified theories scientists had studied for hundreds of years." (AudioFile)

Good information on Hubble, but a little dry

A lot was packed into this hour long program, interesting facts and breakdown of Hubble's background. The narrator was a little bland though, I would find it hard to stay interested if it had been a longer book.