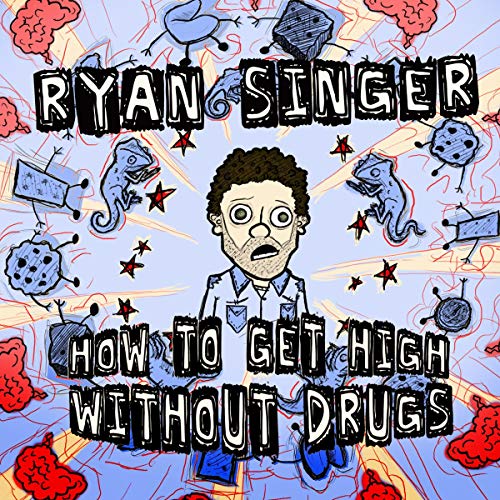 How to Get High Without Drugs

How to Get High Without Drugs

Although less incendiary than the explosive Lenny Bruce and more homespun than the irascible Bill Hicks, Ryan Singer nonetheless shares DNA with those great comic commandos, each of whom shot from the lip with howitzers.

On How to Get High Without Drugs, Singer seemingly lobs softballs instead of hand grenades when deftly and cleverly deriding hypocrites, homophobes and bigots. But just because he camouflages his contempt in sarcasm does not make him any less of a prickly provocateur than his predecessors.

Unlike his heavyweight forbears Bruce and Hicks, Singer merely jabs at his witless targets throughout his set. Although he pulls his punches, his perceptive comic points nevertheless stick in listeners' minds long after the performance ends 59 minutes later - his real objective, agreed?