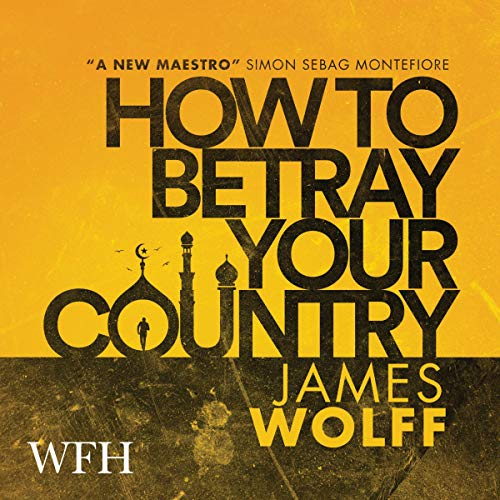 How to Betray Your Country

Things are looking bad for disgraced spy August Drummond. In emotional free fall after the death of his wife, fired for a series of unprecedented security breaches that saw him labelled a traitor...and now his neighbour on the flight to Istanbul won’t stop talking.

The only thing keeping him sane is the hunch that there’s something not quite right about the nervous young man several rows ahead - a hunch that is confirmed when August watches him throw away directions to an old European cemetery seconds before being detained by Turkish police. And when a reckless August decides to go in his place, little does he know that he is setting in motion a series of events that will test his ingenuity and resourcefulness to the limit, and bring him face to face with a terrifying figure from the dark heart of the Islamic State.

The second novel in a trilogy about loyalty and betrayal in the modern age, How to Betray Your Country is an authentic thriller about walking the line between following your conscience and following orders.

What listeners say about How to Betray Your Country

poor narration and story uninteresting story. Stopped after 4 chapters. pity as it had decent reviews

Ending makes up for dreary middle

Enjoyable read with a good and unexpected finish. I was frustrated through much of the book as the protagonist was the most hapless investigator since the Detective Clouseau. Narration is excellent.