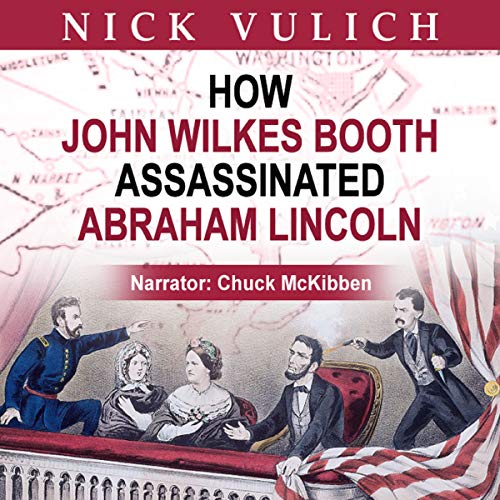 Abraham Lincoln was strangely happy for the first time in years. The war was almost over. He could put the crisis behind him; when this term was over, he could return home to Springfield. Maybe he would go back to his legal practice with William Herndon, or perhaps he would buy a farm along the Sangamon River and become a gentleman farmer.

Everyone noticed the change.

For John Wilkes Booth, it was exactly the opposite.

His world was crumbling all around him. The Confederate government abandoned the city of Richmond, Virginia on April 3, 1865. Six days later General Robert E. Lee surrendered the Army of Northern Virginia to General Ulysses S. Grant at Appomattox Courthouse.

To the 26-year-old Booth, everything appeared lost. The only hope left for the South was for someone to make a strike so bold, so daring, and so outrageous, it would turn the tide of defeat into victory.

What made it worse was the impromptu speech Lincoln gave at the White House on the night of April 11, 1865. It confirmed Booth’s greatest fear - Lincoln was a crazed “nigger” lover. Why else would he advocate giving former slaves the vote?

After listening to the President’s talk, Booth edged closer to David Herold, and snarled, “That means nigger citizenship. Now, by God, I’ll run him through.”

It was unacceptable. It ran against every belief Booth held. Someone had to stop Lincoln before he made a total mockery of the country.

The only questions left to decide were - when, and where?