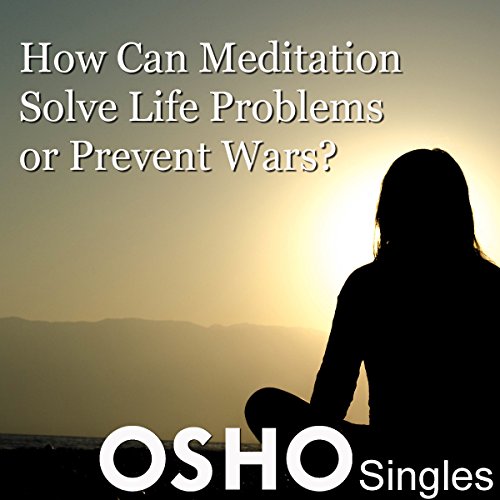 How Can Meditation Solve Life Problems or Prevent Wars

By: OSHO
Narrated by: OSHO

There are three kinds of problems - those that you create – they are almost ninety per cent of the problems of your life. You create them and you go on saying that you don’t want them. Ninety per cent of the problems simply disappear when you are in a meditative state – because you can see. And by seeing, you stop creating them. Ninety per cent will be solved; nine per cent will not be solved by your meditation but will be dissolved because they will not concern you at all. Seeing that it has nothing to do with you, that it does not arise in you, you have transcended it. One per cent remains. It has nothing to do with you or with others – that one per cent is part of existence itself.