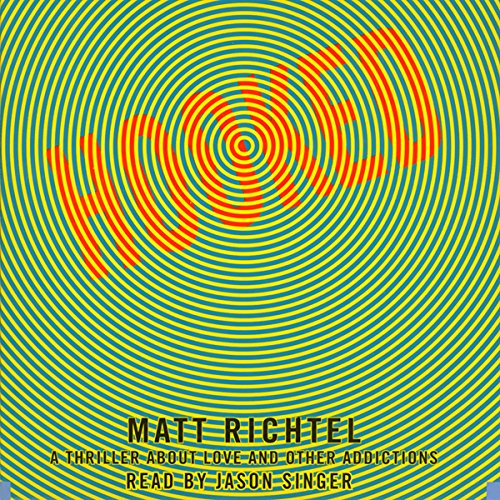 A Thriller About Love and Other Addictions
By: Matt Richtel
Narrated by: Jason Singer
Length: 5 hrs and 33 mins
Categories: Crime & Thrillers, Suspense
4 out of 5 stars 4.0 (1 rating)

When medical journalist Nat Idle narrowly survives an explosion in an Internet cafe after receiving a mysterious note warning him to leave immediately, he becomes enmeshed in the most dangerous assignment of his life. Nat believes that the handwriting on the lifesaving note belongs to his deceased girlfriend, a Silicon Valley venture capitalist he has been obsessively mourning. And so begins a fevered quest to solve the mystery of his lost love. The journey forces him to confront the underbelly of the digital revolution and question his own sanity.

Matt Richtel's first novel will leave you "hooked" at the end of every chapter. His thriller about love and other addictions is itself a compulsive listening experience, fueled by adrenaline and suspense and influenced by the pace and attitude of the Internet. It is a tour de force of romance and deception, and a haunting commentary on the impact new addictions are having on our lives.